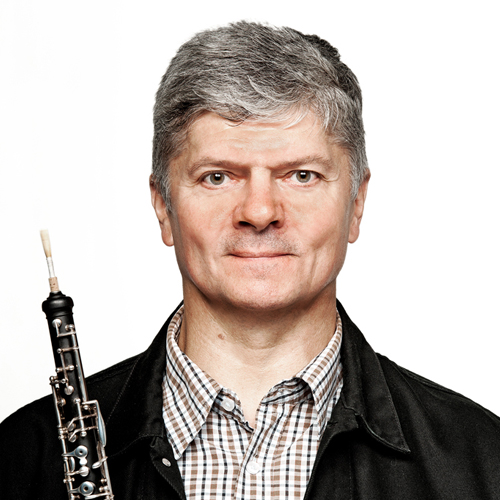 English horn in Sinfonia Varsovia since 1986

In 1978, in his graduate year, Bolesław Słowik commenced work in the Sudecka Philharmonic Orchestra in Wałbrzych.

The following year he received his diploma from the Academy of Music in Wrocław in the oboe class of Karol Fiala.

Following his examination Słowik commenced work in September 1979 as oboist in the National Philharmonic Orchestra in Warsaw, where he first held the position of second, then first oboist until 1986.

He has been a full-time member of the Sinfonia Varsovia Orchestra since 1986.

For his activity he has received the Gloria Artis Medal in 2015.