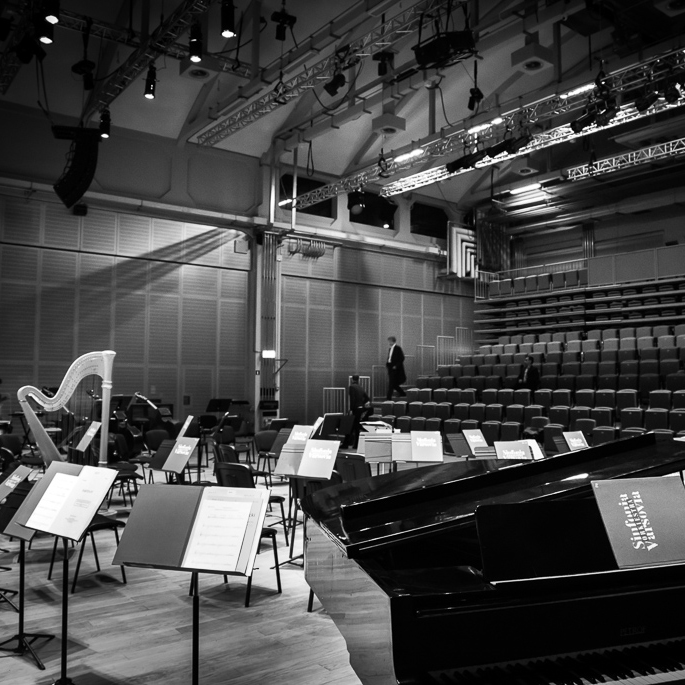 Programme change: instead of Murail’s La Chambre des cartes a selection from Rational Melodies by Tom Johnson will be played.

The next concert produced jointly by Nowy Teatr and Sinfonia Varsovia will feature an unprecedented event. Four pieces will have their premieres on 29 November at Nowy Teatr! Three of them (Mykietyn, Podgaiskaya, Kalinowki) will be world premieres, while the other (Blecharz) will be Polish premiere.

This is a performance piece awarded at the prestigious Impulse Festival in Graz, where it was performed by Klangforum Wien. Recently it was performed by Enno Poppe in Berlin on the occasion of the residency awarded to the composer by Ensemble Mosaik for his lifetime achievement. The piece is about an evening waiting for somebody who is never going to come. The conductor will be sitting at a table and facing the audience, the musicians will be situated around and among the audience, where soft sounds will be coming from – there will be some rustling outside the window, someone’s footsteps approaching….

Olga Podgaiskaya is a Belarusian composer and organist, recipient of the Gaude Polonia scholarship (2016), composer of symphonic, choral, instrumental, vocal, vocal–     instrumental, film, and theater music. The piece The Absence of The Sky alludes to the war in Ukraine. When fighters, rockets, and artillery explosions “occupy” the sky, it can seem like it’s not there anymore.

Maksym Kalinowski (born 1996) – organist, composer, graduate of the Stanislaw Moniuszko Academy of Music in Gdańsk, where he completed his master’s degree in Paweł Mykietyn’s composition class. His works were performed at national and international concerts and festivals for composers, such as New Waves, Theater and Film Music Concert, Benefis Dojrzałości, and Between.pomiędzy. His works are featured on two albums: Benefis Dojrzałości 2018 and The World of New Music. Artists known and unknown. Serocki – Szalonek – Bargielski – Kalinowski.

Rave is composed for chamber ensemble and is dedicated to Paweł Mykietyn. It is a fusion of classical music and electronic music performed at raves. The piece combines elements of DJ compositional techniques with visual techniques, which are transferred to the auditory sphere. In Rave, the medium is not a mixing console, but an ensemble of thirteen performers.

In Paweł Mykietyn’s new piece, vowels sung by the singer serve as guideposts. Each of the five vowels is assigned a pitch and a color of light. Changes of vowels affect the course of the piece and the colors of lights, creating a quasi-synesthetic effect. 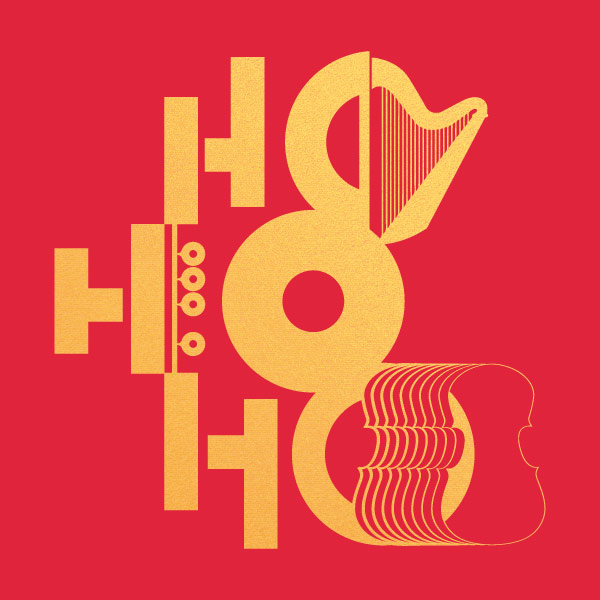