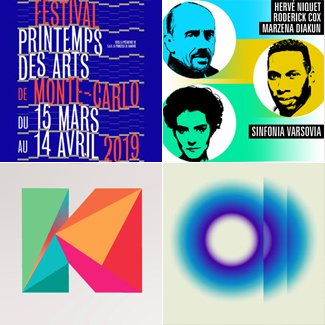 Sinfonia Varsovia’s March calendar promises to be quite impressive. This is the month the Orchestra celebrates its 35th birthday with a festive concert featuring no fewer than three excellent conductors. The last concert of the first edition of the “Resounds. New Polish Music” series takes place some days later. The Orchestra will also perform twice at the Festival Printemps des Arts in Monte-Carlo and the string quartet made up of the Orchestra’s concert masters and section leaders will be showcased in the Sinfonia Varsovia Chamber Music cycle in March.

This year marks exactly 35 years since Yehudi Menuhin’s first visit in Poland that led to the formation of Sinfonia Varsovia. On this occasion, please join the Orchestra on 23 March at 6:00 p.m. in Teatr Wielki – the National Opera in a festive Birthday Concert during which no fewer than three conductors will stand on the podium. The concert will begin under the direction of French conductor Hervé Niquet, who will conduct Krzysztof Penderecki’s Sinfonietta per archi, which the composer dedicated to the Orchestra, overture to Gioacchino Rossini’s L’Italiana in Algeri and Paul Dukas’ symphonic poem The Sorcerer’s Apprentice. After the intermission the Orchestra will perform the 2nd Essay for Orchestra Op. 17 by Samuel Barber and Symphonic Dances from Leonard Bernstein’s musical West Side Story. These works will be conducted by young American conductor Roderick Cox, last year’s laureate of the prestigious Sir Georg Solti Conducting Award. The last two works in the evening’s programme – Prokofiev’s Symphony No. 1 Op. 25 in D major “Classical” and Wojciech Kilar’s Krzesany will be conducted by Marzena Diakun.

Sinfonia Varsovia’s extraordinary, colourful history will be recounted by persons who have very close ties with the Orchestra – Waldemar Dąbrowski, director of Teatr Wielki – the National Opera – it was he who invited Yehudi Menuhin to Poland for the first time and Janusz Marynowski, the Orchestra’s long-term double bassist and director of the Orchestra for the past 15 years. Tickets to the event are available at www.teatrwielki.pl and www.eventim.pl

The last concert of the first edition of the “Resounds. New Polish Music” cycle takes place only a few days later, on 29 March at 7:00 p.m. Featured in the encounter with contemporary Polish music will be Paweł Mykietyn and Aleksander Kościów. Conducted by Bassem Akiki, Sinfonia Varsovia will play first performances of the composers’ latest concertos for solo instrument and orchestra. Commissioned by Sinfonia Varsovia, Paweł Mykietyn composed his Concerto No. 2 for Cello and Symphony Orchestra, entrusting the performance of the solo part to one of Poland’s most valued cellists – Marcin Zdunik. Aleksander Kościów invited Klaudiusz Baran, excellent accordion player and rector of the Fryderyk Chopin University of Music in Warsaw to be the soloist in his Concerto for Accordion and Orchestra. As in other concerts in the “Resounds. New Polish Music” cycle, brand new compositions are performed hand in hand with works written in the 20th century to show music written today in a wider context. The last work to be performed will be the suite from the ballet Firebird, written by Igor Stravinsky, one of the most influential composers of the 20th century. The cycle traditionally features meetings with composers one hour before the beginning of the concert. In March, in the foyer of the Witold Lutosławski Concert Studio of Polish Radio Jan Topolski will host a discussion with Paweł Mykietyn and Aleksander Kościów.
Tickets to the concert are available at www.polskieradio.bilety24.pl and www.eventim.pl

In mid-March Sinfonia Varsovia travels to Monaco, where it will perform on 15 and 16 March at the Festival Printemps des Arts in Monte-Carlo, playing all five of Ludwig van Beethoven’s Piano Concertos. The Orchestra will be conducted from the piano by French conductor and pianist François-Frédéric Guy. Beethoven’s concertos will be played along with works composed by Mauricio Kagel, Argentine-German composer, one of the most original artists of the 20th century, who combined instrumental music with the world of theatre. His Rrrrrr…, 6 pièces pour 2 percussionnistes and Con voce, pour 3 interprètes muets et instruments ad libitum will be performed by Maroussia Gentet (piano), Jean-Étienne Sotty (accordion) and Jean-Baptiste Bonnard & Adélaïde Ferrière (percussion instruments).

The Sinfonia Varsovia Chamber Music series in March features what is probably the most popular type of ensemble in the genre – the string quartet. On 6 March at 7:00 p.m. in Sinfonia Varsovia’s home we will have an opportunity to listen to a quartet made up of the Orchestra’s concert masters and section leaders performing Dmitri Shostakovich’s String Quartet No. 5 in B-flat major Op. 92 and traditional Scandinavian music arranged by the Danish String Quartet and recorded on the album Wood Works. The same concert will be repeated one day later, on 7 March at 5:00 p.m. in the Marki Centre of Culture in the town of Marki. Admission to the concert in Sinfonia Varsovia’s home is free. To attend the concert in the Marki Centre of Culture, please pick up free admission tickets, available by phoning: 22 781 14 06.

There are also events in March for our youngest listeners. “The Butterfly & the Flower” is the theme of Smykofonia [Toddler Philharmonic] concerts at Grochowska Street on 16 & 17 March, featuring music by French Impressionists for cello, clarinet, piano and soprano. Tickets for children and parents are available at www.ebilet.pl

Also in March, there will be an opportunity to see an exhibition of works created by Paweł Nocuń. Titled “Canoe Path”, his cycle of paintings will be available for viewing in the Palace building at 272 Grochowska Street from 15 to 31 March.
Admission is free.