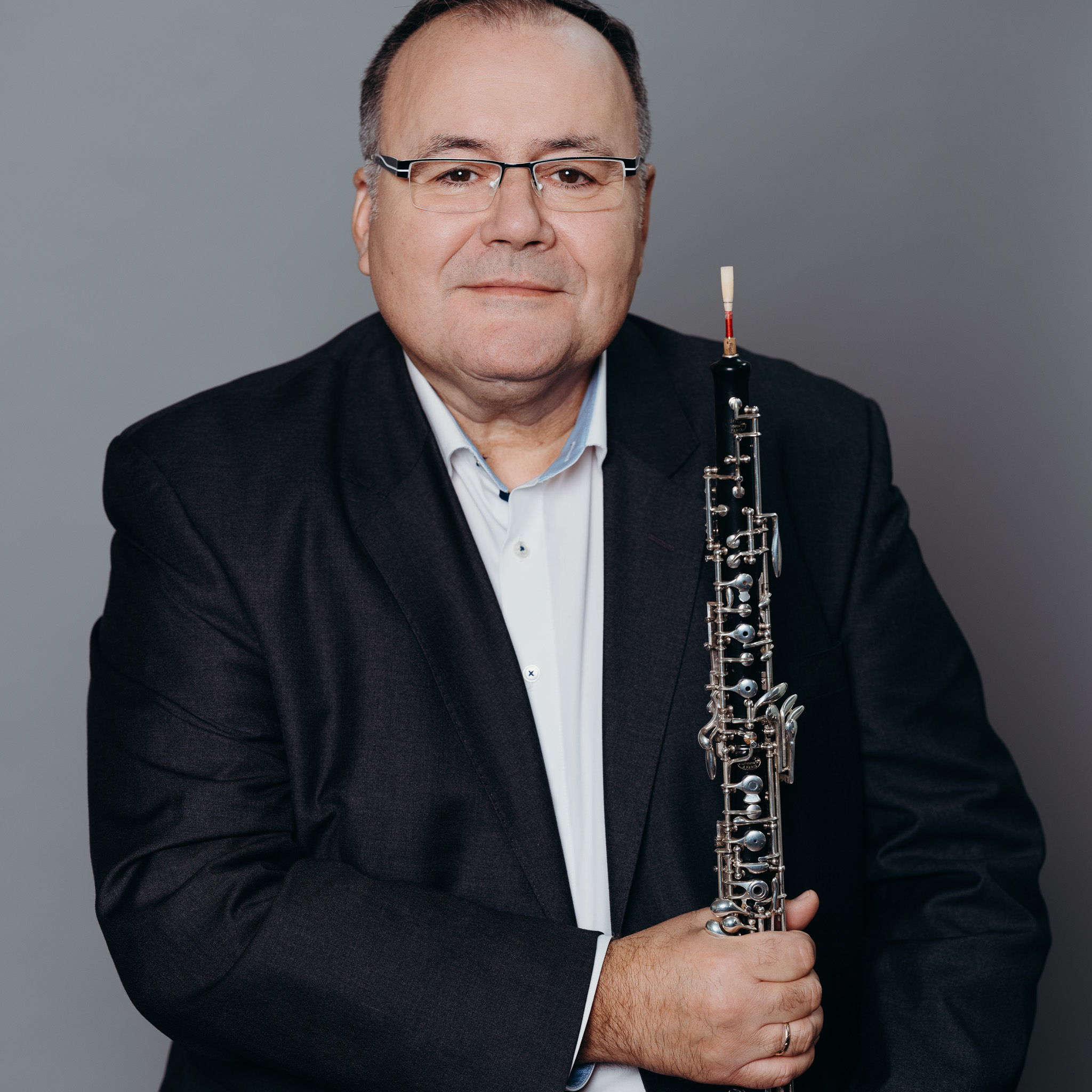 Oboe in Sinfonia Varsovia since 1996

Graduate of the Karol Szymanowski Academy of Music in Katowice.

He has worked as oboe soloist in the State Silesian Philharmonic in Katowice and the Polish Chamber Philharmonic under the direction of Wojciech Rajski. He took part in a concert with the World Youth Orchestra under the direction of Claudio Abbado in the Royal Albert Hall in London and has also performed as soloist at the People to People Festival in Copenhagen, playing Benedetto Marcello’s Oboe Concerto in D minor. Together with the Silesian Philharmonic Orchestra, the Białystok Philharmonic Orchestra, the Bielsko-Biała Chamber Orchestra and the Polish Chamber Orchestra / the Sinfonia Varsovia Orchestra, he has also performed concertos by Johann Friedrich Fasch (for oboe and flute), Wolfgang Amadeus Mozart, Richard Strauss and Gaetano Donizetti (Concertino for English horn).

He took part in the Polish Chamber Orchestra’s tour of Spain (Majorca), performing as soloist in Mozart’s Oboe Concerto in C major.

As an orchestral musician Szlęzak was involved in numerous concert tours and radio, television and album recordings.

He is currently the oboist and English horn player in the Sinfonia Varsovia Orchestra.