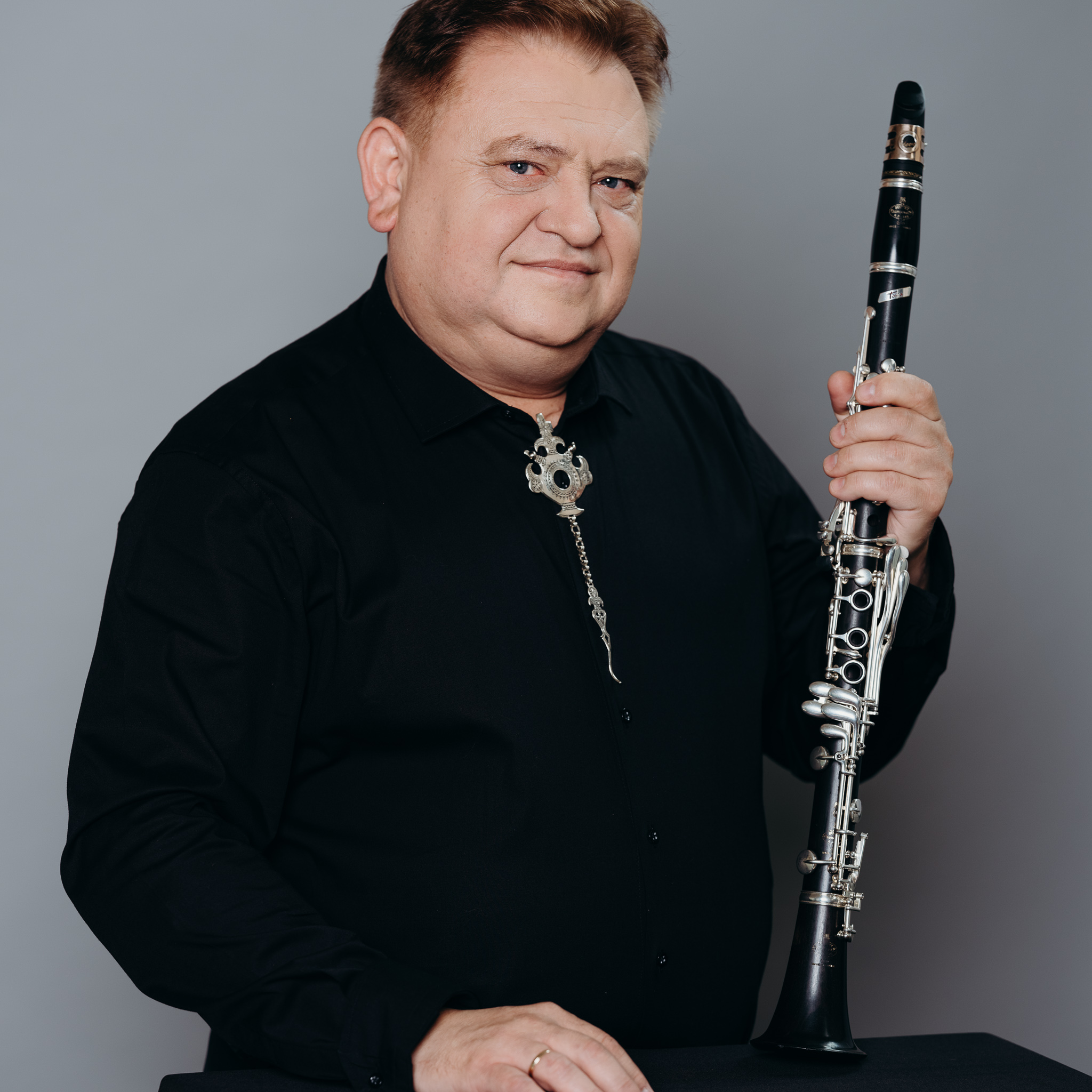 Clarinet in Sinfonia Varsovia since 1988

Born in the city of Żywiec, he began his adventure with music at the age of four, with his first accordion lessons. He completed Elementary and Secondary Music Schools in Bielsko-Biala with honours, in the class of Professor Franciszek Niedziela, winning many awards and distinction in the course of his education at auditions and competitions in Poland.

In 1982-86 Romański attended the Fryderyk Chopin Academy of Music in Warsaw in the clarinet class of Professor Ryszard Sztajerwald. In the course of his studies Romański took part in many music courses in Poland and abroad, taught by many eminent teachers including Guy Deplus and Walter Boykens.

Romański made many recordings of clarinet works for Polish Radio and Television (including Karol Kurpiński’s Clarinet Concerto with the Polish Radio Orchestra in Cracow). His interpretations of clarinet works by Krzysztof Penderecki (Three Miniatures and Prelude for clarinet solo), Elliott Carter (Gra for clarinet solo) were recorded on the CD Musica da Camera and Hommage a Lutosławski.

In 2005 Jerzy Maksymiuk dedicated two compositions for clarinet to him: Nad fioletem and Wariacje Aleksandryjskie.

In his solo career, Romański performed with many conductors, including Lord Yehudi Menuhin, Volker Schmidt-Gertenbach, Jan Krenz, Jerzy Maksymiuk, Jacek Kaspszyk, Grzegorz Nowak, Reinhard Seechafer, Jerzy Swoboda and Maciej Niesiołowski. In 1997 he embarked on a concert tour of South America with the Sinfonia Varsovia Orchestra directed by Krzysztof Penderecki, performing Sinfonietta No.2 for clarinet and orchestra.

In 1987-88 he led chamber ensembles and in 2004-2005 he taught orchestral studies for clarinet players at the Fryderyk Chopin Academy of Music in Warsaw. Aleksander Romański leads clarinet master classes under the patronage of the Buffet Crampon company (France). He has been involved in long-term cooperation with the Agrafka Muzyczna [Music Safety Pin] Foundation which aims to educate young musicians. He has been a lecturer of the Sinfonia Varsovia Academy, a project intended to refine the playing skills of orchestra musicians.
He has collaborated actively with the Silesia Music Center since 2012.

Romański is the co-founder of the wind Classic Fun Quintet, consisting of musicians of the Sinfonia Varsovia Orchestra. He also performs chamber music with many string quartets, including the Wilanów String Quartet.

A special place in his artistic and teaching career is occupied by his long-term involvement with the Promni Artistic Folk Ensemble which operates at the Warsaw University of Life Sciences and in which he has held the position of music coordinator since 1993. He has written numerous arrangements of folk music for Promni, as well as for other folk ensembles. His arrangements are inspired by Polish folklore and were released on three CDs: Ej, groze nom muzycko, Nowy rok bieży (a CD of Christmas carols) and Za moją białą chatą.

For his achievements in music education Aleksander Romański received the Stanisław Wyspiański Artistic Award for the Young, 1st class. In 1999 he was awarded the Distinguished in the Service of Culture medal by the Minister of Culture and Art and in 2000 he was nominated for the Fryderyk music award in the contemporary music category. In 2014 Romański was awarded a silver medal for long-term service from the President of Poland.