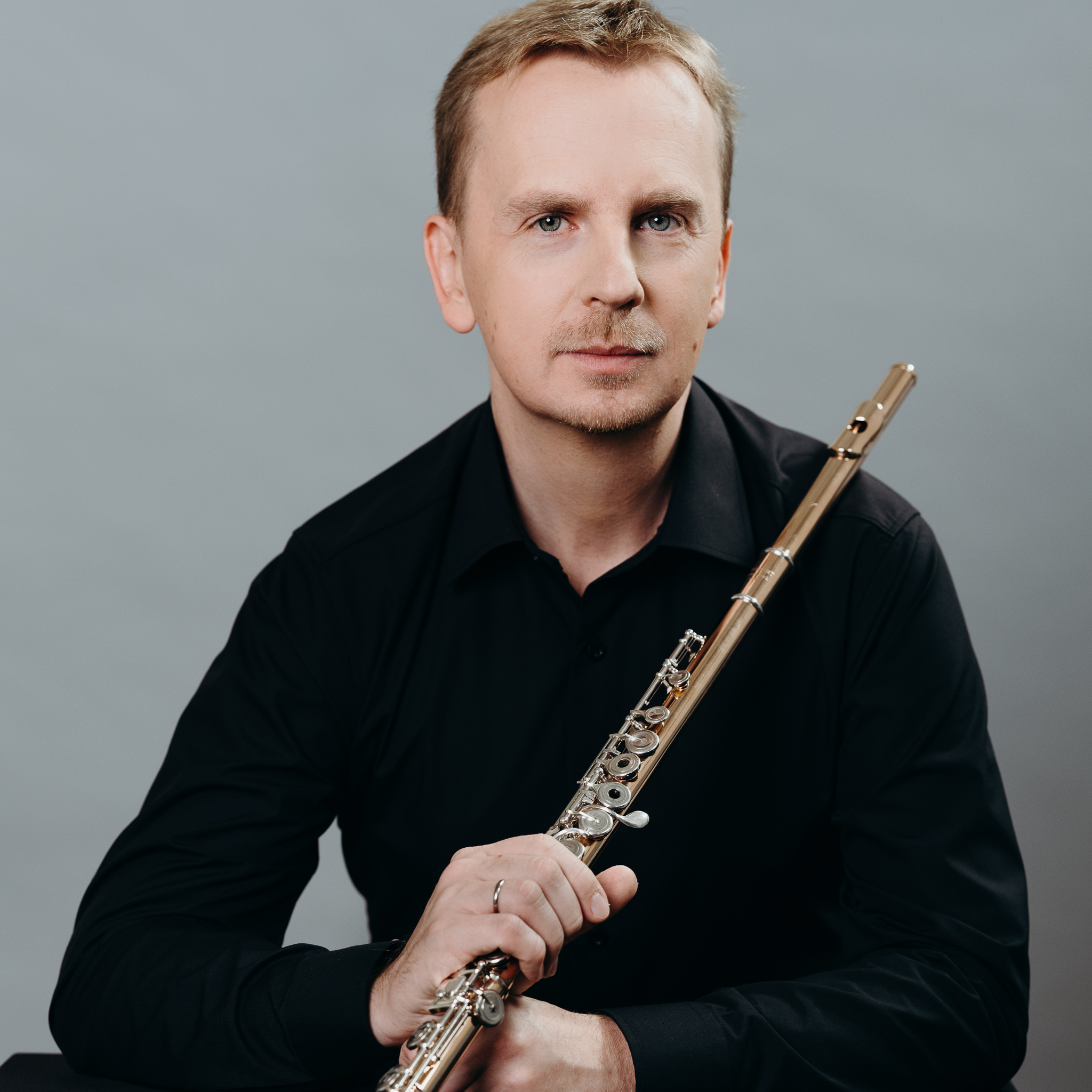 Flute in Sinfonia Varsovia since 2004

Krzyżanowski graduated from the Music Academy in Cracow in the class of Professor Barbara Świątek-Żelazna. He completed solo playing studies at the Hochschule für Musik und Darstellende Kunst in Stuttgart in the class of the legendary French flautist Jean-Claude Gérard.

He won a number of national competitions in Szczecinek, Sieradz, Olsztyn and Łódź.

He was involved in International Bach Akademie Festival Orchestra projects and has worked together with Bach Collegium Stuttgart (Helmuth Rilling) and Ensemble 94 (Kay Johannsen).

He has played as principal flautist with the Sinfonia Varsovia Orchestra and the Polish Chamber Orchestra on concert stages in Europe, the United States and Japan under the direction of such conductors as Jerzy Maksymiuk, Krzysztof Penderecki, Jerzy Semkow, Jacek Kaspszyk, Grzegorz Nowak, Andrey Boreyko and Sir James Galway.

In the 2006/2007 academic year he was a teaching assistant in the flute class at the Cracow Academy of Music.
He has been a lecturer of the Sinfonia Varsovia Academy, a project intended to refine the playing skills of orchestra musicians.