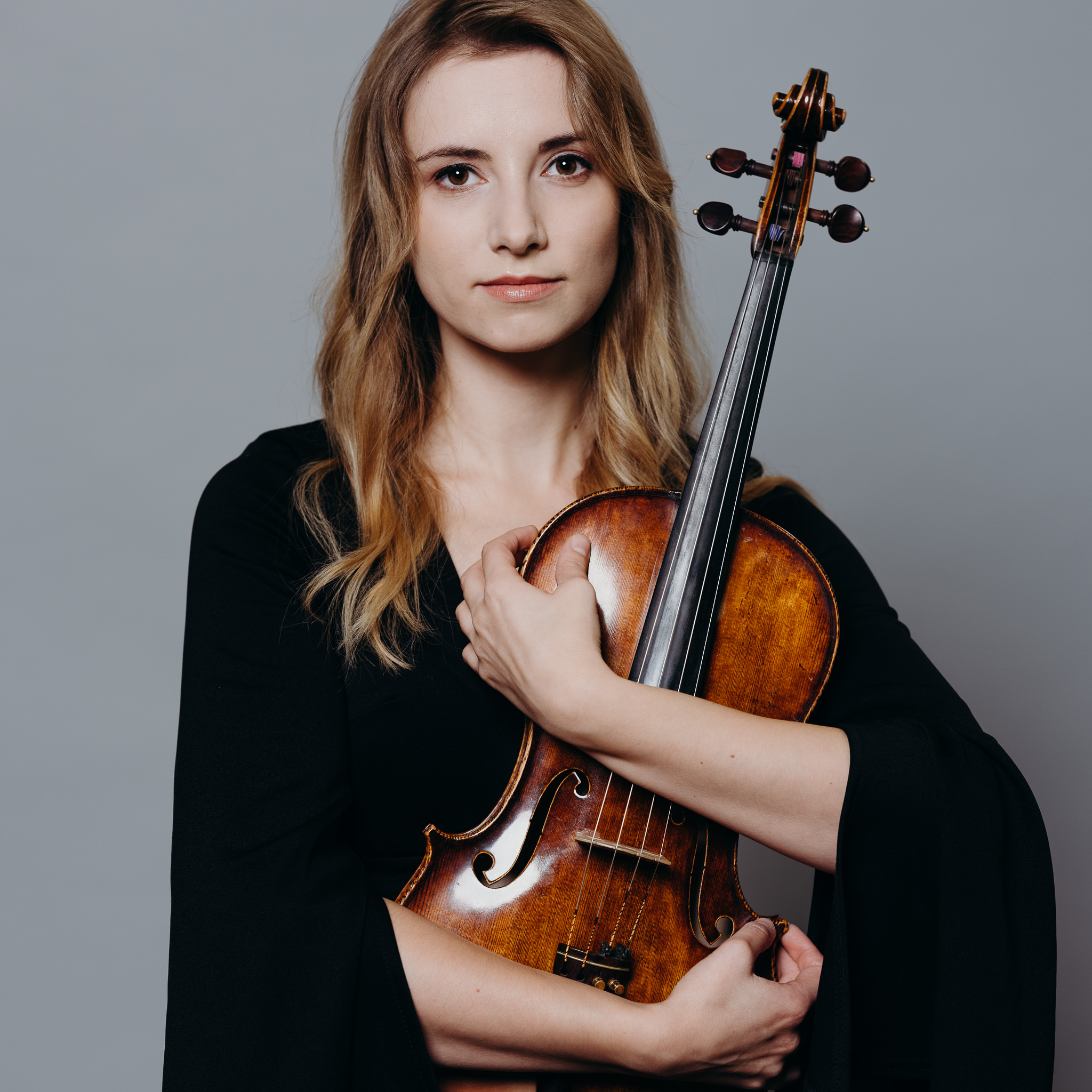 Viola in Sinfonia Varsovia since 2019

She started learning to play the violin at the age of seven at the Grażyna Bacewicz Music School in Koszalin, which she graduated from with distinction in the class of Katarzyna Baj-Gustaw. She continued her education at the Ignacy Jan Paderewski Academy of Music in Poznań with Ewelina Pachucka-Mazurek and Aleksandra Bryła. In 2015 she received a master’s degree with distinction in violin performance.

During her undergraduate and graduate studies she achieved much success, among others, she has been selected five times for the international I, CULTURE Orchestra, with which she performed in many countries such as Poland, Belarus, Ukraine, Moldova, Georgia, Iceland, Sweden, Denmark, Estonia, Lithuania, Germany, France, and Great Britain. She has worked with such orchestras as Pan-European Philharmonia (a residency and a concert tour in Lebanon) and International Lutosławski Youth Orchestra (a concertmaster and a solo musician). She also participated in the second edition of the Sinfonia Varsovia Academy and began performing with the orchestra in 2013. She studied with eminent Polish musicians and professors including Konstanty Andrzej Kulka, Mirosława Pawlak, Magdalena Rezler-Niesiołowska, Krzysztof Węgrzyn, Wanda Wiłkomirska, Agata Szymczewska; and with internationally renowned artists including Grigori Zhislin, Nathaniel Anderson-Frank, Jan Bjøranger, Roger Coulla, Claire Thompson, David Watkin, and Zholt-Thaimer Visontay.

In 2015, she started pursuing a master’s degree in viola performance with Ewa Guzowska at the Academy of Music. She was a member of Sepia Ensemble, a contemporary music group with which she participated in the 2nd Tehran International Contemporary Music Festival, the 43rd, 44th, 45th and 46th Poznań Music Spring, the 9th and 10th International Composers’ Forum, the 7 Currents + 7 Premieres = 70 years of Polish Composers’ Union, Festival für Aktuelle Musik Randfestspiele, Estonian Music Days, the Musica Practica, Musica Theoretica Conference. As part of the Zooming project the group travelled around the world, promoting Polish music and learning about the music of other participating countries, including Ireland, Germany, Luxembourg, Estonia, Iran, and China. The project resulted in multiple pieces being created and dedicated to the Sepia Ensemble and to Anna Loska herself.