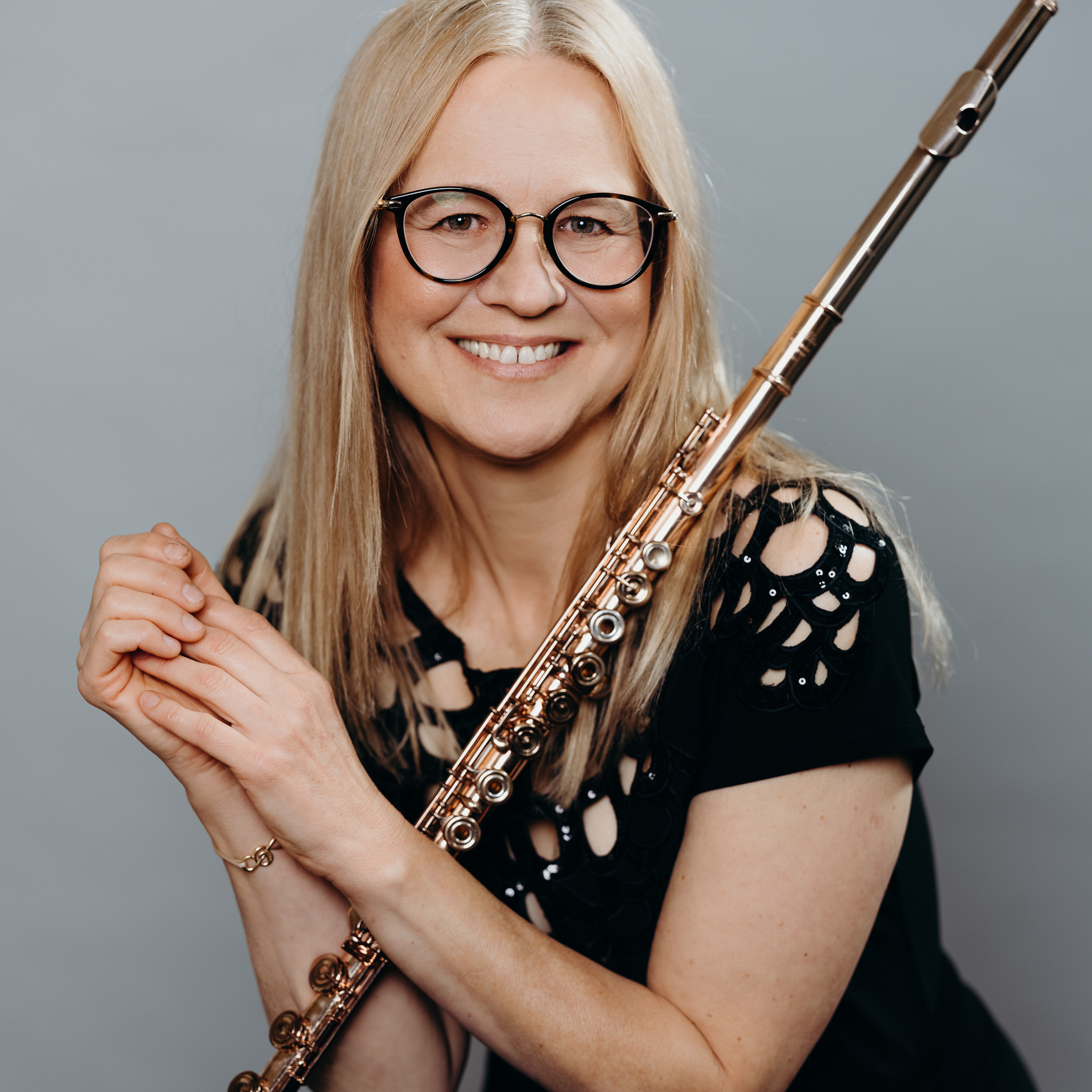 Flute in Sinfonia Varsovia since 1989

Graduated from the Fryderyk Chopin Academy of Music in Warsaw in the flute class of Professor Elżbieta Gajewska.

She refined her skills by taking part in the International Flute Symposium in Freiburg im Breisgau together with such famous artists as Jean-Pierre Rampal, Robert Aitken and Aurele Nicolet. She also participated in the Master Class of Interpretation in Duszniki-Zdrój, headed by Professor Jerzy Mrozik and Peter Ode.

In 1987, while still a top student at the Academy of Music, she was invited to work together with the Sinfonia Varsovia Orchestra by its director, Franciszek Wybrańczyk. This cooperation resulted in Turonek taking over the position of soloist in the orchestra.

Hanna Turonek is actively involved in concert activity in Poland and abroad, performing solo, chamber and orchestral works. She has performed in nearly every country in Europe, as well as in Asia, North America, South America and Australia under the direction of such renowned conductors as Lord Yehudi Menuhin, Krzysztof Penderecki, Charles Dutoit, Mstislav Rostropovich, Jerzy Maksymiuk, Jacek Kaspszyk, Jerzy Semkow, Antoni Wit and Marc Minkowski.

As a soloist she took part in many significant festivals, including the Berliner Bach-Tage (Musiktage Quakenbruck, Festival de Musique in Strasburg, MDR Musiksommer in Leipzig, the Warsaw Autumn Festival, the Sinfonia Varsovia to Its City festival and La Folle Journée de Nantes.

She was the first Polish flute piccolo player to perform the Concerto for Piccolo and Symphony Orchestra Op.50 by American Composer Lowell Liebermann. The first performance of the concerto took place on 13 April 2007 during the Świętokrzyskie Music Days in Kielce, with Jan Miłosz Zarzycki conducting.

Hanna Turonek has recorded music for solo flute for Polish Radio and Television in Warsaw (the Carmen Fantasy by Fr. Bornee for flute and piano and Jerzy Kornowicz’s Relacja for solo alto flute, dedicated to her by the composer).

She was invited many times to play in recording sessions not only of classical, but also of popular music, performing in the production of recordings by such artists as Michał Bajor, Tytus Wojnowicz, Piotr Jackson Wolski, Janusz Skowron, Anna Maria Jopek and Natalia Kukulska.

She is a co-founder of the Classic Fun Quintet, made up of soloists of the Sinfonia Varsovia Orchestra. In 2003 the ensemble released an album of arrangements of the best-known works in the classical repertoire.

Turonek has been a member of the baroque Ensamble de Narol, founded by Tytus Wojnowicz. She has recorded an album with the ensemble, which has since then changed its name to Essentia Musica.

In June 2005 Hanna Turonek released a solo record on the Paris Music label with works by E. Sielicki, D. Żebrowski and Z. Bagiński and the Concertino for Flute and Orchestra by M. Hertel, dedicated to her by the composer.

Together with harp player Barbara Witkowska, Hanna Turonek established the Duo Estrella. In May 2009 the artists have recorded the most popular works in the repertoire for harp and flute. The CD Estrella na bissss!!!! was released by the Białystok-based Apollo Records label.

She has also recorded A. Panufnik’s Hommage à Chopin Five Pieces for Flute and String Orchestra together with the Polish Chamber Orchestra under the direction of Mariusz Smolij.

Together with flautist professor Elżbieta Gajewska, Turonek was involved in the recording of an album in the Forgotten Polish Music series for the Acte Prealable label. The CD includes 3 Flute Duets by Franciszek Lessel and was released in 2008.

Hanna Turonek performs together with organist Vincent de Pol. On 24 March 2008 they have played the first performance of Dualogue-Meditation by Lowell Liebermann for flute and organ. The first Polish performance of the work took place on 2 September 2008 at the Silesia Sonans Festival in Jelenia Góra.

In 2005-2010 Hanna Turonek taught the orchestral studies class at the Fryderyk Chopin Academy of Music in Warsaw and piccolo master classes at the Hochschule für Musik in Detmold (Germany).

She currently teaches the flute class in the Fryderyk Chopin Secondary Music School Complex in Warsaw.
She has been a lecturer of the Sinfonia Varsovia Academy, a project intended to refine the playing skills of orchestra musicians.

One of her achievements is the recording of the Yazcite album, based on an old Tatar song. The album was released in July 2010 on the Soliton label. Hanna Turonek plays a range of ethnic instruments, including bamboo flutes from Okinawa island, Chinese hulusi, Turkish zurna and many other wind instruments typical for Tatar music.

For her activity she has received the Diploma from the Ministry of Culture and National Heritagein 2015.