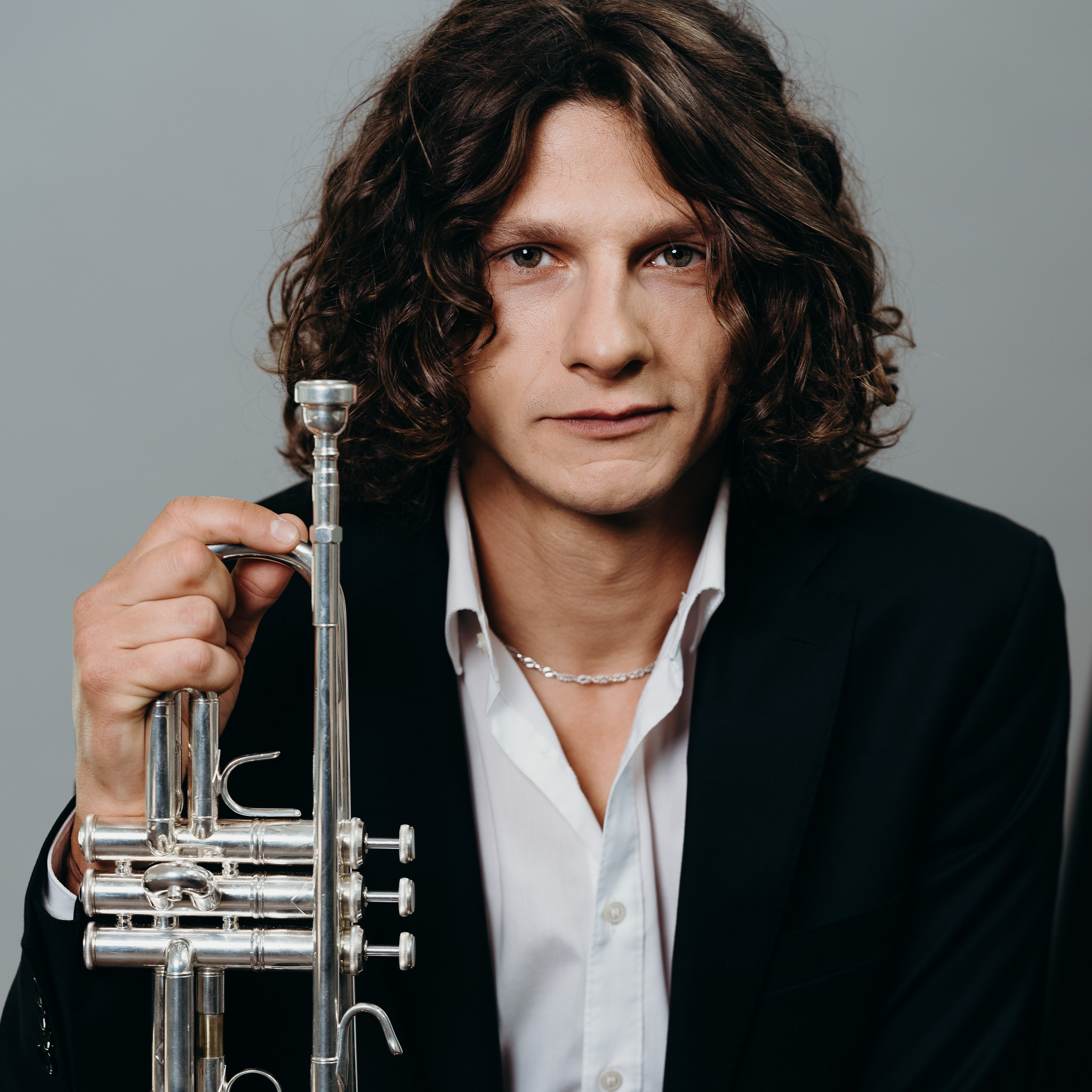 Trumpet in Sinfonia Varsovia since 2010

Born in the city of Łódź. He began the study of the trumpet at the age of 10 in the class of Mariusz Stopnicki, continuing his music education at the Oskar Kolberg State Music School in Warsaw under the direction of Stanisław Przybyszewski, then with Tomasz Chmielarz.

After completing the Fryderyk Chopin Secondary Music School in Warsaw, he commenced his Bachelor studies at the Birmingham Conservatoire in Great Britain under the direction of many renowned teachers, such as Michael Laird (Philip Jones Brass Ensemble), Jon Holland (City of Birmingham Symphony Orchestra, Birmingham Contemporary Music Group) and Andrew Stone-Fewings (Royal Shakespeare Company). In the course of his three-year study Harasimowicz has gained knowledge in orchestral, chamber ensemble and solo performance, which led to regular work  with ensembles in Great Britain and in Poland.

In 2005-2007 Harasimowicz was a free-lance musician, working for the City of Birmingham Symphony Orchestra, the Music Ensemble of the Shakespeare Theatre in Stratford and with the Sinfonia Varsovia Orchestra and the National Philharmonic Orchestra in Poland.

After completing his studies in Great Britain (2007), in the course of which he has also held a scholarship at the Prague Academy of Music in the class of Professor Vladimir Rejlek, he enrolled at the Fryderyk Chopin University of Music in Warsaw under the direction of Professor Krzysztof Bednarczyk to complete his master’s degree.

Shortly after his return to Poland in 2008, Harasimowicz became a member of the Polish Sinfonia Iuventus Orchestra, with which he has performed many times as soloist, playing, among others, Bach’s Brandenburg Concerto No.2.

In 2009 Jan Harasimowicz was awarded 1st prize at the Competition for a scholarship from the Yamaha Foundation for brass. Several months later he qualified for the final stage of the of the International Brass Competition in Gdańsk.

Since 2010 Jan Harasimowicz has been a full-time member of the Sinfonia Varsovia Orchestra. Since 2018 he has been an lecturer at the Fryderyk Chopin University of Music in Warsaw and a teacher at the Oskar Kolberg Primary State Music School in Warsaw.

He also performs as soloist together with Robert Żelazko, solo trombone player of the National Philharmonic Orchestra.