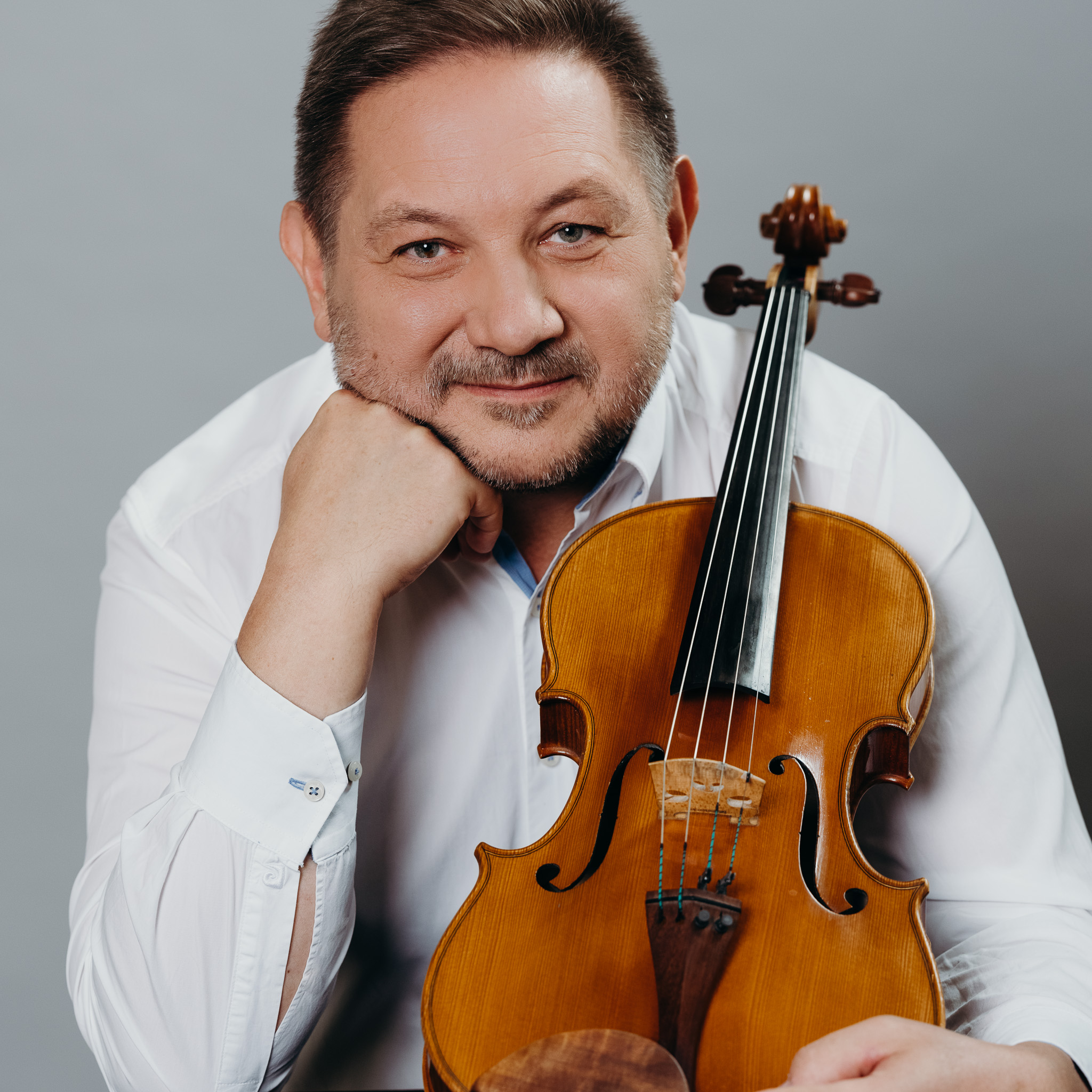 Viola in Sinfonia Varsovia since 1988

Born in Łódź. He began taking violin lessons at the age of six. In 1981 he was accepted to the Instrumental Department of the Łódź Academy of Music in the viola class of Professor Zbigniew Friemann.

In the course of his studies he participated a number of times in music interpretation master classes in the city of Łańcut in the class of Professor Kurt Lewin and Fyodor Druzhynin.

In 1982 Bieżyński became a founding member of the Con brio String Quartet. Only one year later his ensemble was awarded the 2nd prize at the 8th National Chamber Music Competition in Łódź, devoted to the music of Johannes Brahms.

Bieżyński took part in the Music Festival in Bayreuth in the class of Professor Uzi Wiezel. His attendance at the festival was combined with concerts in West Germany.

In 1984 Janusz Bieżyński became the leader of the viola section in the newly reactivated Pro Musica Łódź Chamber Orchestra, playing some significant, well-received concerts, including at the Old Masters’ Festival at which he played for the first time in Poland the cycle of Concerti Grossi by Peter Hellendaal, playing them again at the National Philharmonic in Warsaw. After winning national eliminations in 1986, the Łódź Chamber Orchestra travelled to the International Chamber Orchestra Competition in Belgrade.

In June 1986 Bieżyński performed at the Łódź Philharmonic in the annual concert of the most talented graduates of the Łódź Academy of Music, playing Karl Stamitz’ Concerto in D major, Op.1.

After graduation Janusz Bieżyński worked together with the National Concert Office.

He has been a full time musician of the Sinfonia Varsovia Orchestra since 1988.

For his activity he has honoured with the Order of Distinguished Service for Polish Culture in 2015.