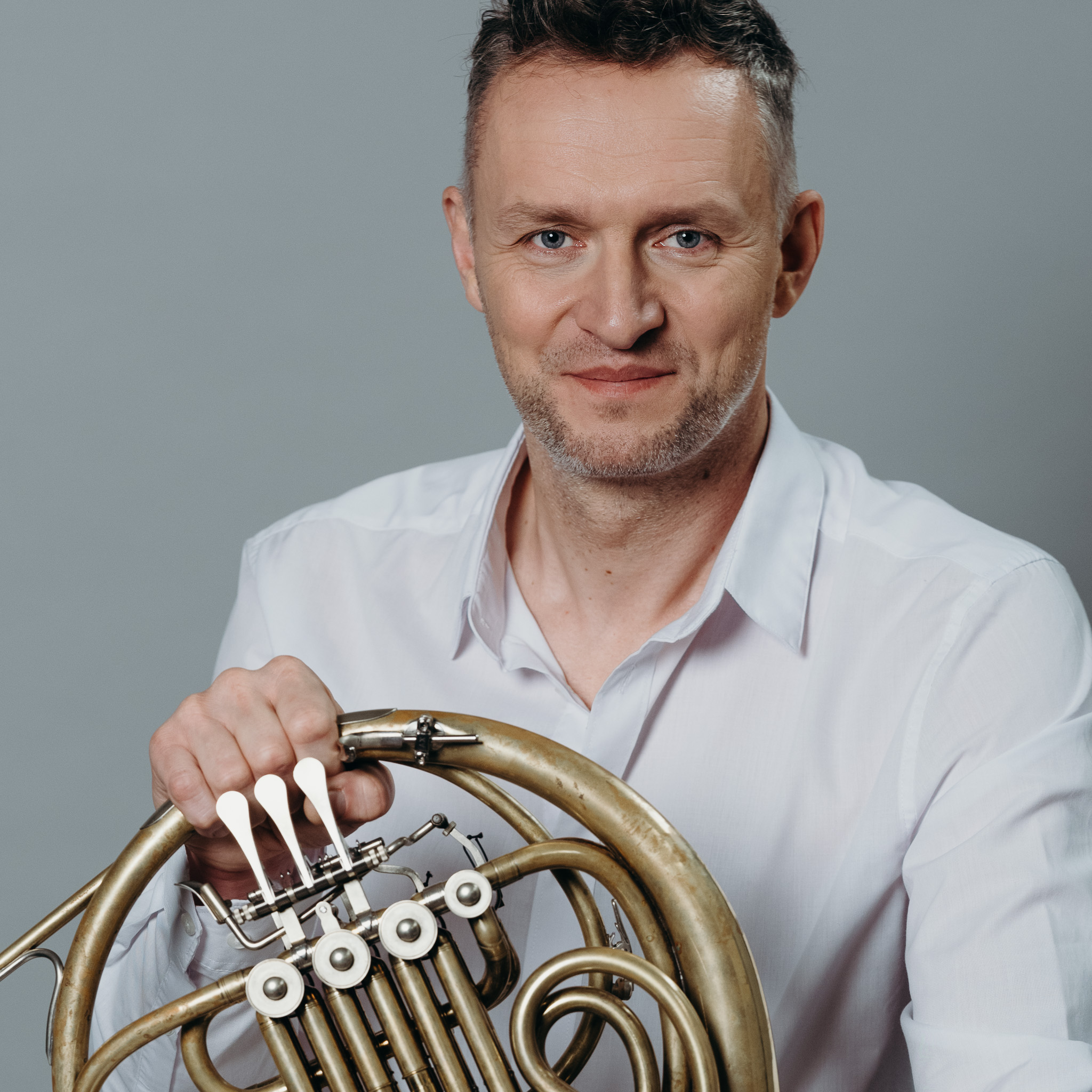 French horn in Sinfonia Varsovia since 2017

Chamber musician, teacher. Krzysztof Stencel belongs to the first generation of Polish musicians playing historical instruments. Stencel graduated from the Academy of Music in Katowice in the class of Mieczysław Korcz. After obtaining his master’s degree, he continued his studies with William VerMeulen in Houston.

Apart from his involvement with playing historical instruments, Krzysztof Stencel performs and teaches the modern French horn. He has performed many times with the World Orchestra for Peace, the National Philharmonic Orchestra and with Sinfonia Varsovia.

He is the originator and organiser of the “Rogowisko” French horn workshops. He is also an assistant lecturer, teaching the horn class in the Academy of Music in Poznań.