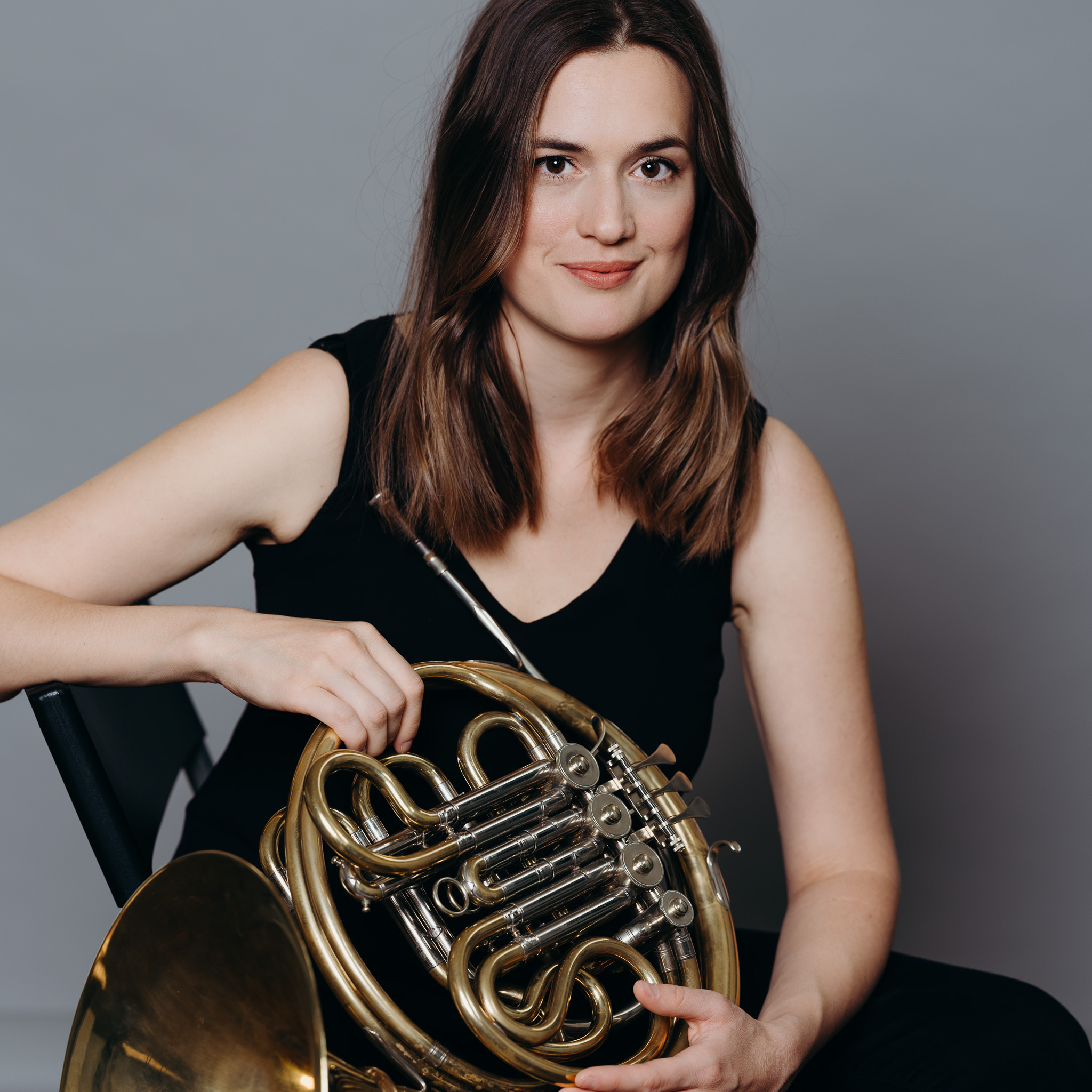 French horn in Sinfonia Varsovia since 2014

Born in Warsaw. She commenced her music education in the piano class of J. Sienkiewicz-Bobotek in the Karol Kurpiński Primary State Music School in Warsaw.

At the age of 13 she was accepted into the class of A. Kiljanek in the Józef Elsner Secondary State Music School in Warsaw, where she began to study the horn.

In 2006 Magdalena moved with her family to Great Britain. She continued her study of the horn at the Royal Scottish Academy of Music and Drama Junior Department in the class of Sue Baxendale and Hugh Potts.

In 2008 she won a competition in which the grand prize consisted of solo concerto performances with the RSAMD Junior Symphony Orchestra at the Festival of British Youth Orchestras.

That year, the successful completion of entrance examinations resulted in her acceptance to four leading schools in Great Britain: the Royal College of Music, Royal Academy of Music, Guildhall School of Music and Drama and the Royal Scottish Academy of Music and Drama. She also received a financial prize – the Michael Quinn Award, which covered the complete tuition fee of a four-year course of university-level education.

Having chosen the Royal College of Music, she commenced her education at that school under the direction of Nigel Black, Simon Rayner and John Ryan.

In the course of her study she has performed many times as a soloist, in chamber ensembles and in orchestras. She has worked with such conductors as Bernard Haitink, Vladimir Jurowski, Diego Masson, Christopher Adey, Jac Van Steen, Cristian Mandeal, Tecwyn Evans, James Lowe and Nicholas Kok.

After signing up for the Erasmus student exchange programme in 2011, she refined her skills under the direction of Professor André Cazalet and Jerome Ruillard at the Conservatoire National Supérieur de Musique et de Danse in Paris, France.

In 2012 Magdalena Wąs graduated from the Royal College of Music, obtaining an Honours Bachelor of Music degree. That year she played at a BBC Proms concert at the Royal Albert Hall together with musicians of the Vienna Philharmonic Orchestra, playing in the offstage brass ensemble during a performance of Strauss’ Alpine Symphony under the direction of Bernard Haitink.

In 2008 Magdalena Wąs has established regular cooperation with the Camerata Chamber Orchestra and with the National Youth Orchestra of Scotland, where this year she took on the function of mentor of the horn section.