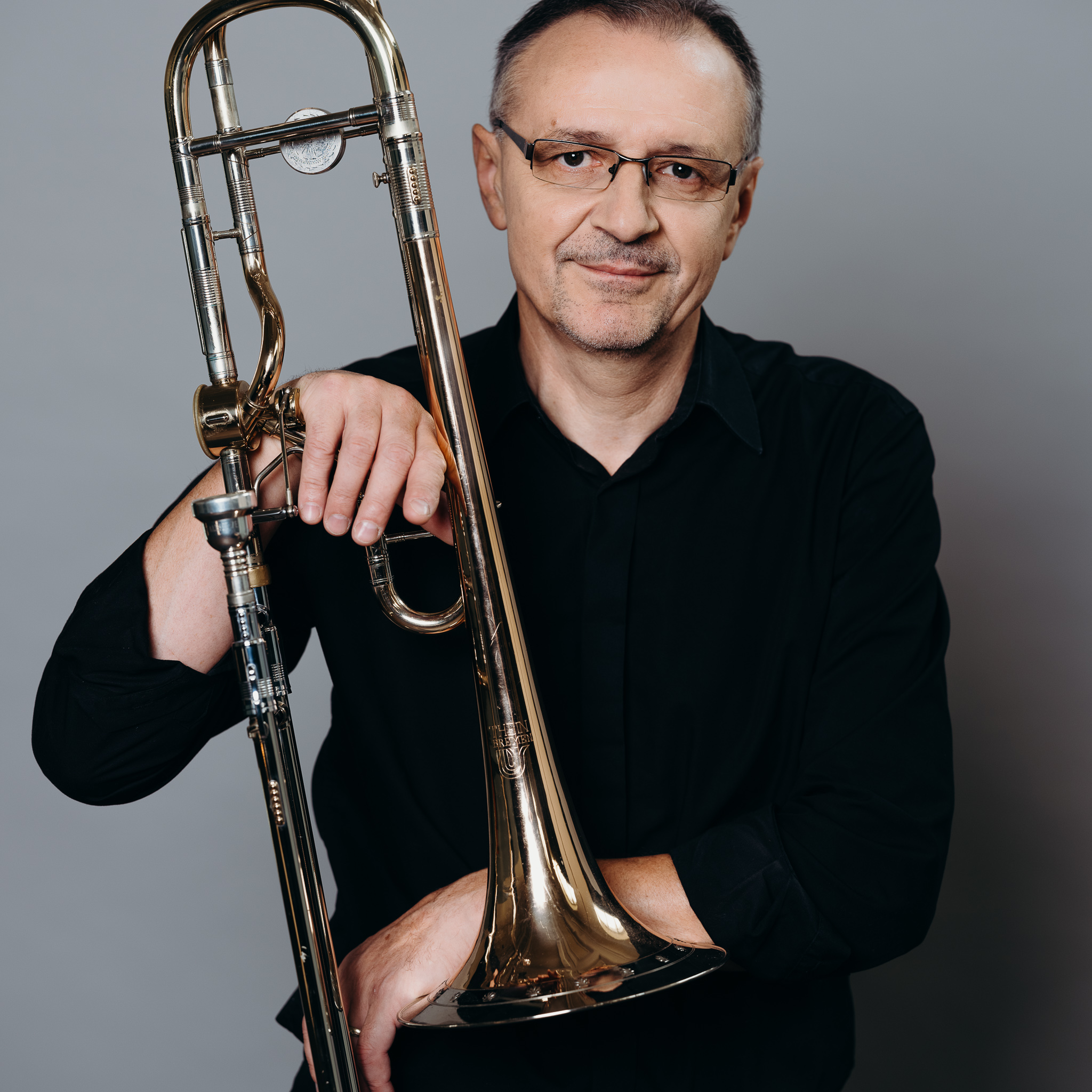 Trombone in Sinfonia Varsovia since 1993

Marek Żwirdowski studied trombone at the Fryderyk Chopin Academy of Music in Warsaw in the trombone class of Professor Roman Siwek, graduating in 1990.

Żwirdowski has been performing as soloist for many years, with solo recitals and performances with symphony orchestras and concert bands.

Marek Żwirdowski also plays in chamber ensembles. He is the leader and founder of the Warsaw Trombone Quartet, with which he has performed at many festivals in Poland.

He also performs early music on a baroque trombone. He worked with the Collegio Antico, La Tempesta and Ars Cantus ensembles, both as a concert and recording artist. Since 2008 he is a member of Sinfonia Varsovia Brass.

In 1991 he commenced teaching activity in the trombone class of the Fryderyk Chopin University of Music in Warsaw.

For his activity he has been honoured with the Order of Distinguished Service for Warsaw in 2014.