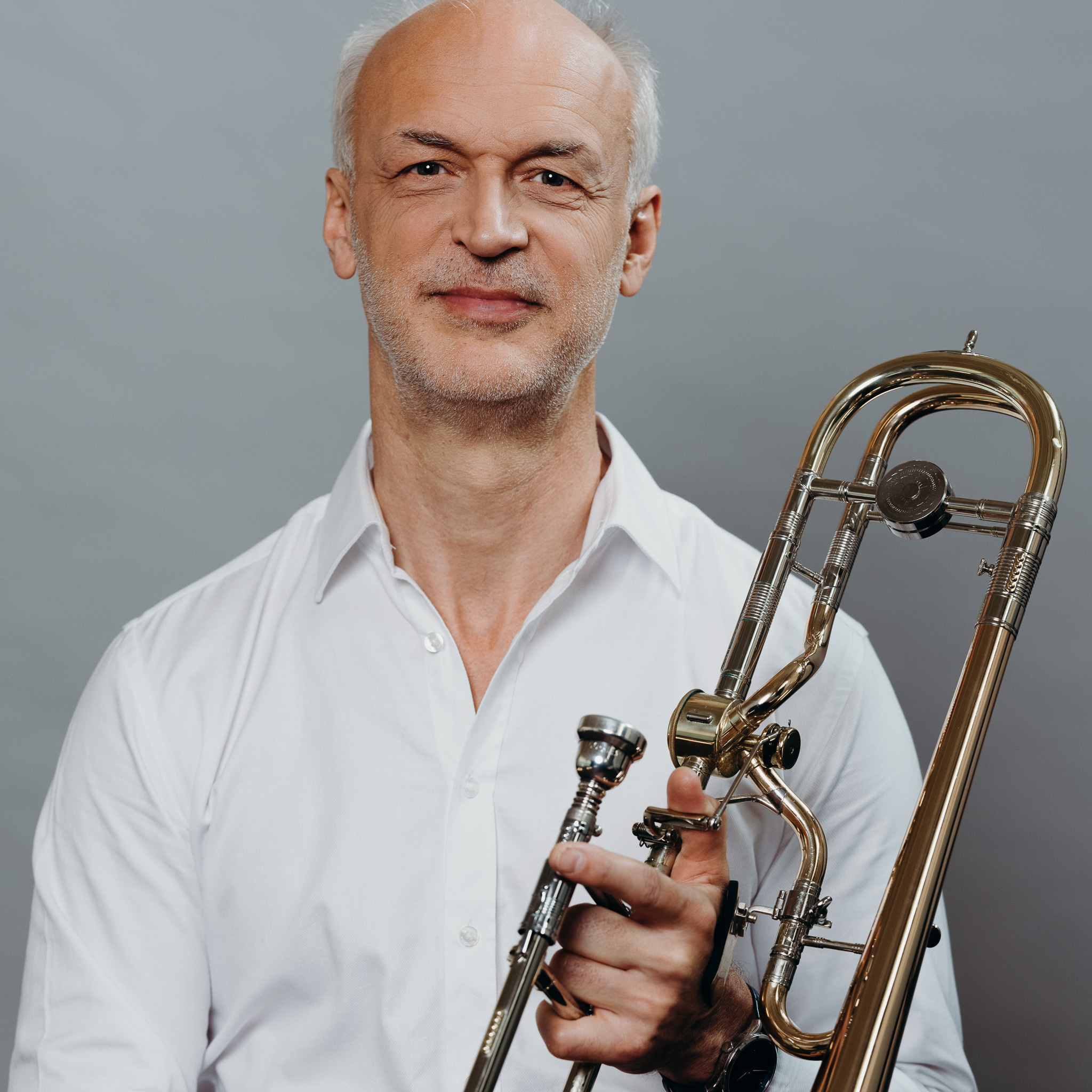 Trombone in Sinfonia Varsovia since 1993

Graduated from the Fryderyk Chopin Academy of Music in Warsaw in the trombone class of Professor Roman Siwek.

He commenced his professional career with cooperation with the orchestra of the Grand Theatre in Warsaw, then continuing with the Polish Radio Orchestra.

Światczyński has been a member of the Sinfonia Varsovia Orchestra since 1993, performing with the ensemble in numerous concerts and at many festivals in Poland and around the world. He has also made many album recordings and performed under the direction of many eminent conductors, including Jerzy Semkow, Jacek Kaspszyk, Jerzy Maksymiuk, Jan Krenz, Grzegorz Nowak, Mstislav Rostropovich, sir Yehudi Menuhin and Krzysztof Penderecki.

Chamber music constitutes the second major area of Tomasz Światczyński’s activity. He has been a member of the Nonstrom quartet since 1995. This ensemble focuses on the performance and promotion of 20th century music. The ensemble’s achievements were honoured with a special prize at the International Chamber Music Competition in Düsseldorf in 1998.

He has been a member of the Warsaw Trombone Quartet since 2000.