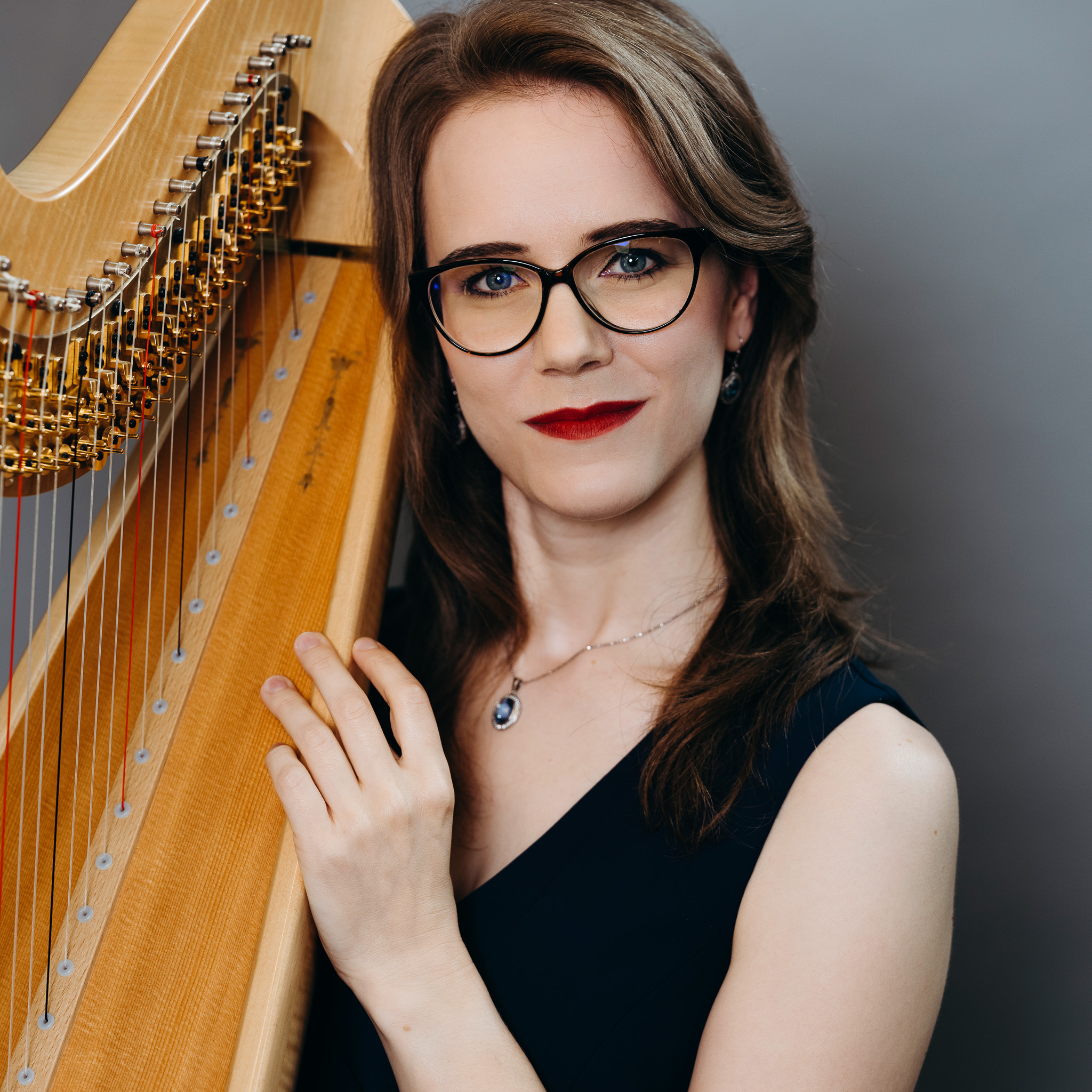 Harp in Sinfonia Varsovia since 2016

Soloist, chamber and orchestra musician, and pedagogue. She teaches the harp class at the Fryderyk Chopin University of Music in Warsaw, where she holds the position of associate professor. She is the principal harpist of the Sinfonia Varsovia Orchestra. Since 2022, she is the Head of the Chair of Harp, Guitar and Percussion of the Fryderyk Chopin University of Music. In 2012 she has obtained her Ph.D. degree and as of 2017 Zuzanna Elster is doctor habilitatus of the music arts. She taught the harp class in the Fryderyk Chopin State Music School Complex in Warsaw between 2009 and 2019.

She is a graduate of the Fryderyk Chopin Academy of Music in Warsaw in the harp class of Professor Urszula Mazurek (2008, honours diploma) and of the “Konzertexamen” post-graduate studies programme in the “Hanns Eisler” Hochschule für Musik in Berlin in the harp class of Professor Maria Graf (2011, honours diploma). She has also studied the instrument with Germaine Lorenzini in Lyon. Zuzanna has also refined her skills at master courses led by E. Bennett, J. Bouskova, S. Kanga, M. Graf, G. Lorenzini, S. McDonald, C. Michel, N. Shamayeva and H. Storck.

She also performs on Paweł Gusnar’s album “Saxophone Varie”, which received the Fryderyk Award in 2014 in the “Chamber Music Album of the Year” category and on Joanna Freszel’s album “Real Life Song”, which received the Orphée d’Or award in 2016 in the “Meuilleure Interprète de Musique Lyrique Contemporaine” category. With flutist Agata Igras, she recorded “Sonatas for Flute and Harp” (2019).

Zuzanna performs in Poland and abroad. She has appeared as a soloist, among others, in France, Ireland, Germany, Italy, the Czech Republic, Hungary and Russia, in prestigious international festivals and harp and music congresses. As an orchestral musician she has performed in many European countries, as well as in Japan and South Korea. In Poland she has performed in most major concert venues.