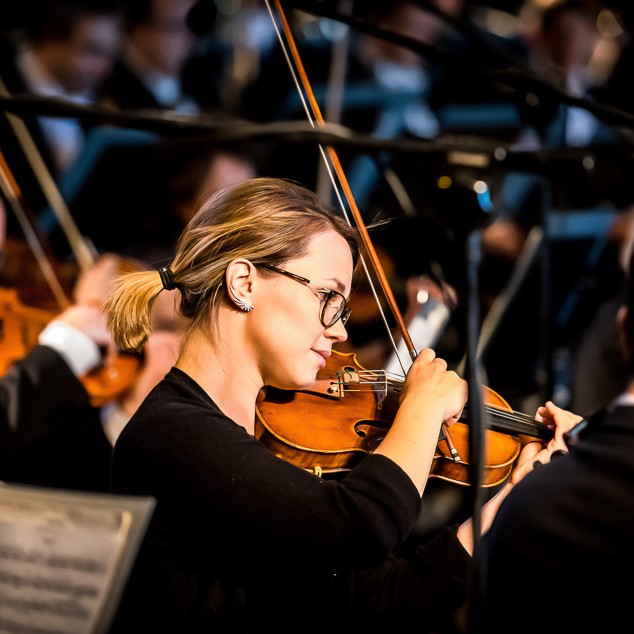 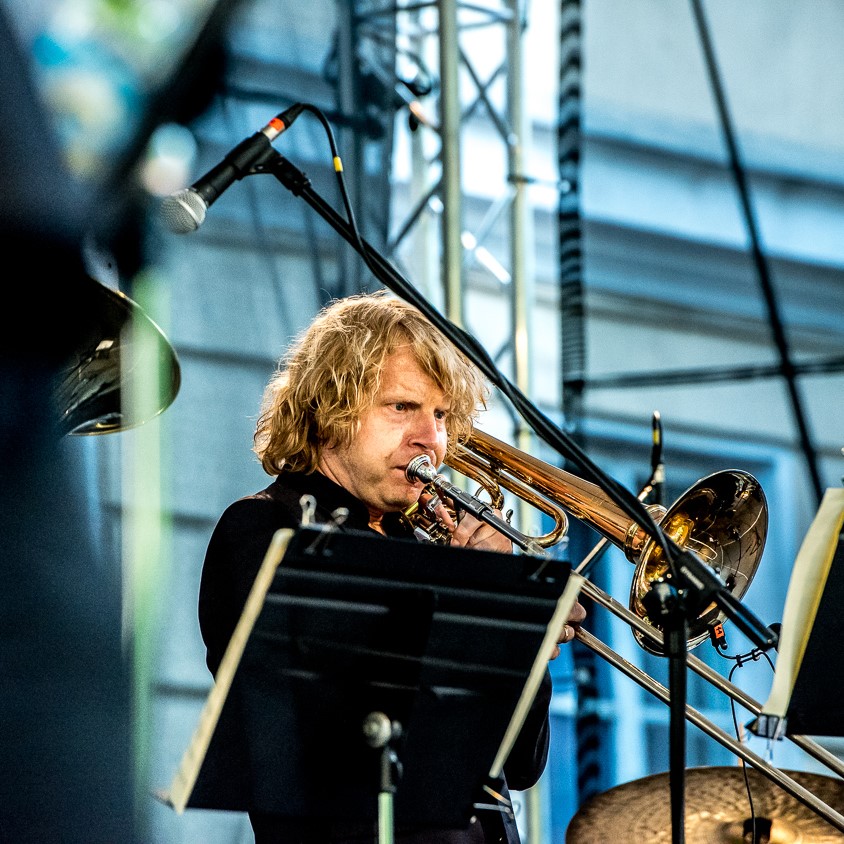 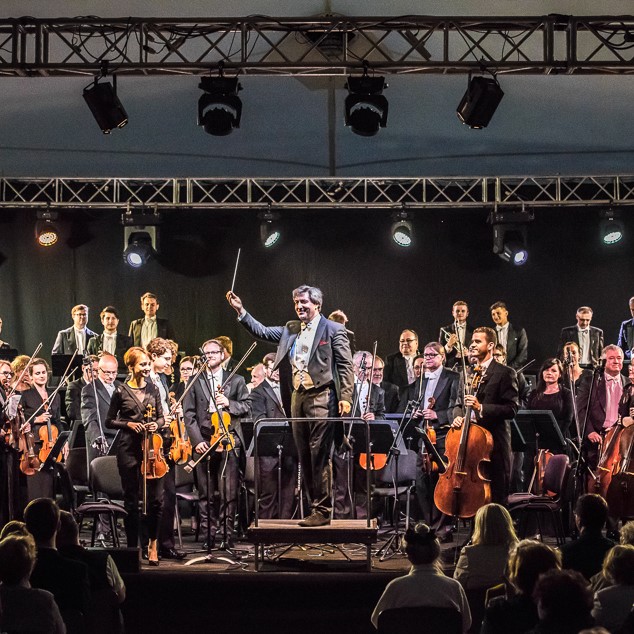 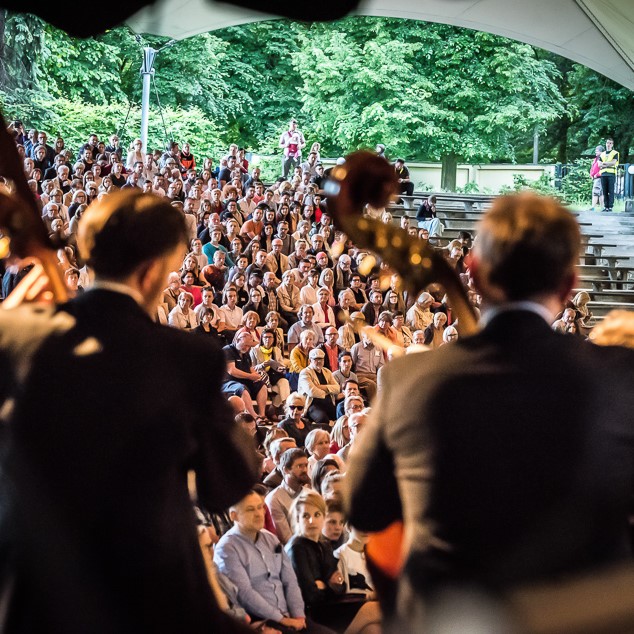 Sinfonia Varsovia to Its City Festival

Sinfonia Varsovia to Its City Festival

Sinfonia Varsovia to Its City features chamber and symphonic music concerts with performances by renowned guest conductors and soloists. Beyond the largest concert halls in Warsaw, the Festival brings concerts to non-mainstream venues such as community centers, churches, and museums, as well as to open-air locations such as amphitheaters and a purpose-built stage at Parade Square. All this aims to provide greater access to and foster engagement with music.

In 2020, the Sinfonia Varsovia to Its City Festival celebrates its 20th anniversary with an entire artistic season taking place at Sinfonia Varsovia’s headquarters.  A series of symphonic and chamber concerts, including a new series of contemporary music concerts, will be held from July through September at 272 Grochowska Street. A varied program offers something for every taste and provides a great opportunity to spend a pleasant holiday afternoon listening to music.

This year’s 22nd edition of the Sinfonia Varsovia to its City Festival will revolve around movement. Reality has provided and continues to provide countless reasons for exploring this topic. Movement as an answer to stillness in a pandemic. Body movement as a remedy for the mind and the body. Possibility of movement in space – freedom of movement. The steady and changing rhythm of life – the freedom to stop and then start again.

The Festival’s program approaches this theme in a variety of ways. The concert of 7 June will feature stylized dance forms and ballet music by Claude Debussy and Maurice Ravel. Ostinato forms and minimal music are also evocative of movement as manifested in pieces by Philip Glass, Simeon ten Holt, Gavin Bryars, and Mikołaj Majkusiak, which we will hear on 7, 19, 27, and 28 June. The themes of journey and wandering are also depicted in the Prague and Rhenish Symphonies, which will be performed on 28 June, as well as in the Don Quixote Suite, which will be presented on 14 June. Movement can also be understood as a tension between nature and civilization as reflected in the concert of 7 June featuring works by Debussy and Honegger. The contrast between frenetic movement and the silence of the landscape will reveal itself in the juxtaposition of Serocki’s and Panufnik’s music on 14 June. On 11 and 12 June, the Norwegian Weekend will take us on a musical journey into the homeland of Edvard Grieg – we will be guided by Little Basil during the family concert on 11 June and talented young Norwegian musicians during the chamber concert on 12 June.

The theme of movement is also present in the program of meetings and workshops “My Body – My Place – My Music”. The series will encourage participants to make a move towards self-development. No musical skills are needed to participate in the program of 26 meetings, including physical exercises grounded in movement culture and various percussion and vocal workshops; the aim is to spend good, enjoyable time together.

The above-mentioned themes have recently been complemented by a painful real-life scenario, as movement may also refer to escape or migration. That is why we have included the Ukrainian Weekend on 25-26 June in the Festival’s program. The four concerts: family, jazz, electronic, and chamber music, will feature primarily Ukrainian musicians. These events are intended for both new Ukrainian and Polish audiences, showcasing the rich musical culture of our neighbors.

This year’s program has been expanded to include participatory workshops and engaging concerts, which are not classical in character. There is something for everyone, just make the first move!

22nd edition of the Sinfonia Varsovia to its City Festival 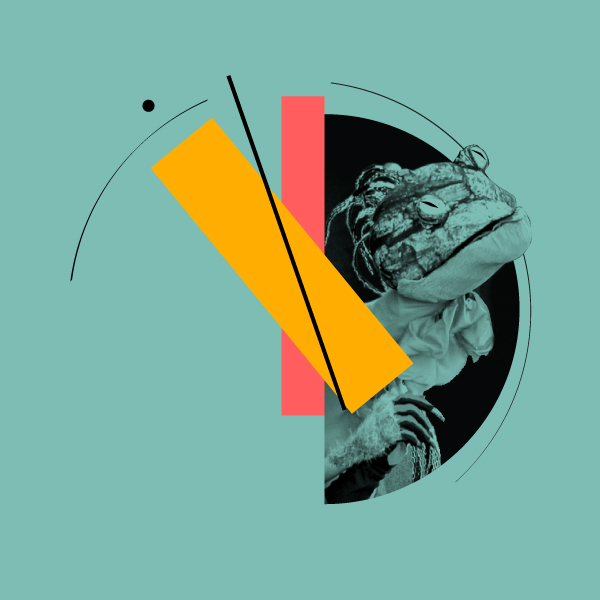 Little Basil, a cheerful, musical dragon and a friend of Sinfonia Varsovia musicians, is back! He will appear in two different concerts. On 11 June, he will reveal the secrets of the Norwegian traditional Hardanger fiddle and will learn different ways of playing string instruments. He will be joined by the Dragon Strings, a string orchestra made up of Sinfonia Varsovia musicians, who will perform works by Edvard Grieg. The strings are what dragons like the most! On 25 June Little Basil will host a special concert – his Musical Bench. There is enough space for all – Poles and Ukrainians, wooden and brass instruments, the young and the old. Whoever sits on it, immediately invites the others: come and sit down, listen to music, we’ll find a common language!

For our youngest listeners

Relaxation, fun, and positive energy for everyone… Chill at Sinfonia Varsovia’s headquarters at 272 Grochowska Street.

Where, when, and how is music born? Perhaps it is even closer than we think? Perhaps it is just inside us? Let’s try to find the answer. For twelve June afternoons and evenings, we will be engaged in various musical and movement activities as well as exercises for rest, relaxation, and fun. No experience or skills are needed – just playfulness, good mood, and openness. Together we will be rediscovering music, listening to it inside ourselves, and awakening our imagination, senses, voice, and body. We encourage active participation, regardless of musical skills or physical fitness.