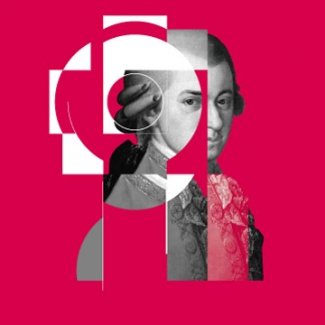 This is the sixth time that the Sinfonia Varsovia Orchestra invites the residents of Warsaw to attend a Passion concert in Praga’s Kamionek district. As tradition dictates, before Easter we will have an opportunity to listen to a masterpiece of sacred music. The mood for the solemn time of Lent will be set by Mozart’s Requiem in D minor. The Orchestra will perform this most famous requiem mass together with the Academic Choir of the Warsaw University of Technology and renowned soloists: Joanna Freszel (soprano), Agata Schmidt (alto), Maciej Kwaśnikowski (tenor) and Artur Janda (bass). The conductor will be Anna Duczmal-Mróz.

Wolfgang Amadeus Mozart’s Requiem in D minor is one of the most mysterious works in the history of music. The composer’s final, unfinished work was written in 1791, commissioned by an anonymous patron. That patron turned out to be count Franz Walsegg-Stuppach, who wanted to honour the death of his recently deceased wife with a requiem mass. When the commission appeared in July 1791, Mozart was already working on the opera La Clemenza di Tito, so he began work on the requiem some months later. In November, work on the composition coincided mysteriously with the onset of an illness that suddenly attacked the composer’s organism. Even though Mozart’s biographers dispute the circumstances of his death to this day, the one thing that is certain is that the Requiem breaks off after eight measures of the vocal parts of Lacrimosa. It is assumed that the remainder of the work was recreated based on extant sketches, and Sanctus, Benedictus, Agnus Dei and Lux aeterna were composed by Mozart’s pupil Franz Xaver Süssmayr. He was requested to complete the work by Constanze, the Viennese master’s wife.

There are many myths surrounding the Requiem in D minor. Legends regarding the last few months of Mozart’s life have been made popular by Miloš Forman’s film Amadeus, adapted from a play by Peter Shaffer under the same title. The Oscar-winning film tells the story of Mozart’s life and work through the eyes of his greatest rival – Antonio Salieri, the court composer of emperor Joseph II. Even though Salieri on his death bed admitted to having poisoned Mozart, as years went on, the rumours of murder have proven to be untrue.

Approaching Easter and the solemn time of Lent provide an opportunity to listen to this monumental work. On 11 April at 7:00 p.m., Sinfonia Varsovia, the Academic Choir of the Warsaw University of Technology and renowned soloists – Joanna Freszel (soprano), Agata Schmidt (alto), Maciej Kwaśnikowski (tenor) and Artur Janda (bass) under the direction of Anna Duczmal-Mróz will perform Mozart’s Requiem in D minor in the Sanctuary of St. Mary the Victorious in Praga’s Kamionek district.

Admission to the concert is free.

Honorary patrons: Diocesan Bishop Romuald Kamiński and Tomasz Kucharski, Mayor of the Praga-Południe District of the Capital City of Warsaw.