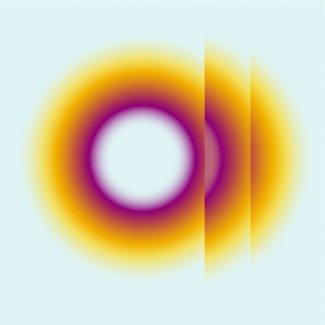 How have the great changes that occurred in the 20th century resonated in the minds of artists of the time? During the second concert of the “Resounds. New Polish Music” cycle, the Sinfonia Varsovia Orchestra will shed light on the lives and works of Mieczysław Weinberg and Grażyna Bacewicz, also extending an invitation to a meeting with both composers’ friends and relatives.

The second concert in the “Resounds. New Polish Music” cycle provides a programmatic counterpoint to the other events, consisting of first performances of works commissioned by the Sinfonia Varsovia Orchestra. This time the musicians will look at works composed in the 1940s to show a wider historical context for new Polish music, with particular consideration of the time of World War II, and to illustrate the changes that have taken place since then.

This musical retrospection is being presented because of two special anniversaries, both in mid-January. On 12 January Mieczysław Weinberg would be 100 years old. His Cello Concerto Op. 43 will be performed by renowned soloist and chamber musician Marcel Markowski, who is also the cello leader in the Sinfonia Varsovia Orchestra. This work was composed when Weinberg, having made his escape from Warsaw, tried to settle as an emigrant in the USSR. The death of his loved ones, prosecution due to his Jewish roots and the terrors of war are all reflected in music written by Weinberg during that time. Dmitri Shostakovich, who held Weinberg’s work in great esteem, helped him immensely in many difficult moments.

The day of the concert also marks exactly 50 years from the death of the greatest Polish woman composer – Grażyna Bacewicz. Conducted by Fuad Ibrahimov, the Orchestra will perform the Overture for Symphony Orchestra. This lively miniature
was written in 1944 and performed for the first time one year later, at the first post-war Festival of Polish Contemporary Music in Cracow. The piece focuses on a distinctive rhythmic motif – on one hand reminiscent of Ludwig van Beethoven’s 5th Symphony, and on the other corresponding to the Morse code designation for the letter V, signifying victory.

During these uncertain times even Dmitri Shostakovich himself could not be sure of his position, or even of his own personal safety. Stalin’s censors kept close watch on the composer’s works, to see whether they complied with the tenets of Soviet national ideology. When the war ended in 1945 and the composer presented a humorous, classicist, light-hearted Symphony No. 9 in E-flat major, the censors were disgusted, expecting a monumental work praising Soviet victory over Nazi Germany. Listening to this graceful music at the January concert, it will be difficult to understand how it could have caused Shostakovich many years of repression, putting his artistic career in great danger.

In order to find out more about the three composers, please join us at 6:00 p.m. (one hour before the concert) for a meeting with our special guests. Andrei Ustinov, musicologist and promoter of the music of Mieczysław Weinberg and Joanna Sendłak, writer and Grażyna Bacewicz’s grand-daughter will share with us their personal reminiscences of both composers. The meeting will be hosted by Aleksander Laskowski.