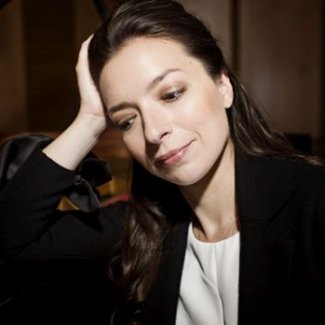 Marked by the tragedy of World War II, distinguished Polish-Jewish-Soviet composer will be the protagonist of Sinfonia Varsovia’s concert in Moscow, in the location in which Weinberg spent the latter years of his life. The event is held on the composer’s 100th birthday, but also to conclude the celebration of the Moniuszko Year. The programme of the concert also includes Stanisław Moniuszko’s Fairy Tale fantastic overture and Fryderyk Chopin’s Piano Concerto No. 1 in E minor, with Yulianna Avdeeva as the soloist.

Mieczysław Weinberg is a composer whose output, until recently, has been rather unknown. Today, it stirs up great emotion among music critics, composers and musicians, fascinated by his unique style and extensive artistic legacy. For many years, Weinberg’s compositions were overshadowed by the tragedy of war and personal experience, including the loss of family members during the annihilation of the Warsaw ghetto and the composer’s emigration to the Soviet Union. As he himself stated: “I believe it is my moral duty to write about the war, about the terrible fate that has befallen people in this age”. Referring to neo-classicism in his forms (sonata allegro) and genres (symphonies, string quartets, concertos for solo instruments), Weinberg created an individual style, replete with emotional depth and brimming with references to the Polish folk tradition, Jewish and Moldavian music and symphonic breadth. Weinberg’s compositions are well-balanced and disctinctive in clarity of instrumentation. The concert features his Symphony No. 4 in A minor Op. 61, written in 1957.

The programme also features works written by composers of the Polish national school – Stanisław Moniuszko and Fryderyk Chopin. Sinfonia Varsovia will perform the Fairy Tale fantastic overture – the only concert overture written by Moniuszko. The work’s original title was French – Conte d’hiver (Winter Tale), for many music critics reminiscent of a winter landscape in its sound imitations. Despite the lack of any references to a specific programme, the overture does have epic narration, with a clearly defined story line akin to those present in Chopin’s ballades.

The Romantic aesthetic, marked with the aura of youth, unrestrained emotion and elements of the brillant style will be showcased in Fryderyk Chopin’s Piano Concerto No. 1 in E minor, written in 1830. Containing references to Polish folk tradition in elements of the polonaise in the main theme and the krakowiak in the reprise of the rondo, the concerto is a typical example of Chopin’s early style. It received its first performance on 11 October of that year in the National Theatre in Warsaw, three weeks before the composer’s departure from Poland.

The soloist will be renowned Russian pianist Yulianna Avdeeva, winner of the Chopin Piano Competition in 2010. The concert will be conducted by Gabriel Chmura, great interpreter of Weinberg’s works and an artist of great merit to Polish culture. He was the first to record Weinberg’s three symphonies – No. 4, No. 14 and No. 16 for the Chandos label.