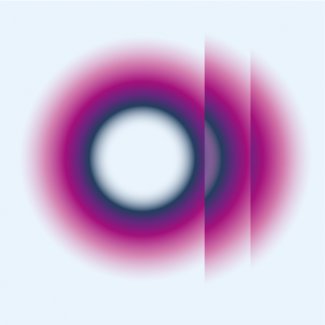 Sinfonia Varsovia’s Saturday concert in Nowy Teatr will revolve around the extraordinary composing talent of Adam Falkiewicz, which manifested itself at the beginning of the 21st century. We will have an opportunity to hear works with various musical textures, written for unusual groups of instruments. The programme also includes works by Paweł Szymański, Tomasz Sikorski and Krzysztof Penderecki.

The repertoire of the concert will show a variety of musical textures, defined as the intertwining of melody and harmony or type of ensemble. Works written in the 1970s and 1980s, as well as in this century, will allow us to look at the evolution of the language of composition of Polish composers, representatives of minimalism or the “new complexity”. The concert will feature works written for various, often unusual ensembles, including homogeneous string ensembles and featuring electronic instruments (live electronics). The repertoire includes rarely performed, innovative works, connected by a wealth of references to musical tradition, art, philosophy and science.

Adam Falkiewicz is a composer whose work in the 1990s and the beginning of this century aroused interest among composers and music critics all over the world. Interested in electronics and new opportunities provided by technologies in music, Włodzimierz Kotoński’s student became a rising star of 21st century composition. Although his artistic career was short-lived, interrupted by his tragic death at the age of 27, the composer made a name for himself in the history of Polish contemporary music.

The artist’s rarely performed compositions make a return to the theatre – a place with which the composer had ties, writing music for plays directed by Krzysztof Warlikowski and Maja Kleczewska. The programme features four works by Falkiewicz, including Counterpoint Sevenfor 21 musicians (2001) – one of his most important works. Inspired by Bach’s polyphony, the work was written as part of the L’arte della fuge project, coordinated by Italian composer Luciano Berio. I Lock My Door Upon Myself for 15 instruments (1999) also abounds with references. In this work, Falkiewicz refers to the title of a painting by Belgian symbolist painter Fernand Khnopff. Other works performed at the concert include Wind for chamber orchestra (2003), featuring paint-like instrumentation that highlights woodwinds and the symphonic poem Sorapiss (1996).

The programme of the concert also includes Concertino for Trumpet and Orchestra by Krzysztof Penderecki, artistic director of the Sinfonia Varsovia Orchestra. The work showcases the virtuoso skills of the soloist and was dedicated to famous trumpet player of Hungarian origin Gabor Boldoczki. The concerto is unique in the composer’s extensive output, as it his sole work for trumpet. This evening, the soloist will be excellent young generation artist Jan Harasimowicz, who is also a member of the Sinfonia Varsovia Orchestra.

A different nature of compositional process is evident in Paweł Szymański’s Partita IV, a work that refers to musical tradition, full of contrast and contradiction and Tomasz Sikorski’s Holzwege – Road to Nowhere. Sikorski was one of the most original of Polish minimalists. Holzwege is an illustration in sound of the philosophical metaphor of fate by Martin Heidegger.

The orchestra will be directed by Bassem Akiki, a conductor of Lebanese origin.

Tickets priced at 40 zł may be purchased at the theatre box office or on-line at: bilety.nowyteatr.org