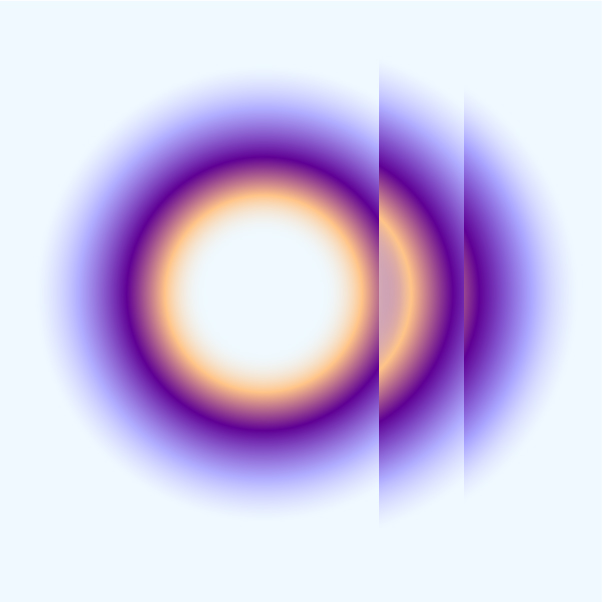 The language of time and space.

Albert Einstein’s idea of spacetime ties time, space, and gravity with an unbreakable bond of cosmic interdependencies. Woven together, they make up a structure that seems to defy common sense. How can time flow at different speeds or even stop flowing at all? Is it really possible for rays of lights to be attracted by gravity just like an apple falling from a tree? For most of our lives, these phenomena will remain hidden from us. But there is a sphere in which, time, space, and gravity leave tangible proof of their secret interrelations. The sphere is the language – that in which we speak and read; language that immediately betrays what’s within the gravitational pull of our psyche.

Some languages, like Icelandic, walled off from continental influences by the waters of the Norwegian Sea, remain unchanged for centuries. In other places, like the internet, a year can be enough to completely change the meanings of words and fill ordinary phrases with references to thousands of events. Time also flows at different speeds for a special form of language, music, which allows composers to play with the listeners’ emotions despite the space and time that stand between them.

Krzysztof Penderecki often surprised the musical world with radical changes of his musical lanuage. Lauded as a genius even during his life, he enjoyed the comfort of floating above the popular currents of new music. His works seem to levitate in an autonomus area of time, sometimes meshing with select events or ideas from the past, both near and distant.  The 1973 Intermezzo came to be more than 10 years after the Canon, the composer’s last encounter with a string orchestra. Yet the pieces are separated by an even bigger distance when it comes to their esthetic language. After the sonoristic search that he embarked on with Canon, Penderecki kept on trying to build his musical style anew, going on a journey “up and inside”, which he continued until the end of his life. His Intermezzo for 24 string instruments impressed listeners with its exceptional emotionality and precision of expression. These soon became central to Penderecki’s music, along with his subsequent ruminations on the “nature of sound”.

On the subject of the nature of sound, one cannot walk idly by all the new acoustic phenomena that science continues to uncover. Artistic interpretations of the goings-on behind the curtain of cognition have been one of the more fascinating areas of artistic exploration for several decades. Żaneta Rydzewska’s binaural beats illustrate this perfectly. The piece (whose premiere marked the end of the composer’s studies in composition in 2019) was inspired by the phenomenon of binaural beats. They are a natural occurence that happens when the sounds that reach us are registered by our ears at different points – the apex or the bottom of the soundwave. This should result in hearing two sounds with minimally different frequencies. This doesn’t happen, because the brain has adapted to combine these two frequencies into a single, averaged sound.

Żaneta Rydzewska facilitates the phenomenon by installing double basses that play a quarter-tone away on both sides of the audience. This means that sounds at minimally different frequencies separately seep into the left and right ears of listeners, stimulating the braing to project a soothing illusion. More and more research shows that listening to binaural beats is a tonic for the mind that reduces anxiety and improves concentration, even among people with ADHD. This doesn’t mean that binaural beats should be listened to by prescription only. The piece is an incredibly attractive acoustic organism in which the constant pulse of the lower parts, like tectonic plates, arouse fountains of coruscating figurations in the parts of the woodwinds. There is also satisfaction to be founds in the classically unfloding, arc-like form with a culmination that comes at a time suggested by the golden rule.

Between “forever” and “never”

History shows that most historical injustices are a result of human affairs rather than laws of physics. A painful example of that is Eugeniusz Morawski, whose almost entire legacy, including operas, symphonies, piano concertos, and string quarters can be counted among the artistic victims of the Warsaw Uprising. His memory was practically lost for several decades as a result of personal conflicts – first with Karol Szymanowski’s clique, later with the communist government. Out of the six symphonic poems which he wrote, three are based on the works of Edgar Allan Poe: Ulalume, Hop-Frog, and Nevermore. The last one was inspired by the American writer’s most famous work, The Raven. Poe can masterfully build a mood of fear, mystery, and fantasy, while at the same time pointing out their purely technical foundations and utilitarian meanings, thus completely eluding any transcendental interpretations.

Soon after The Raven exploded in popularity, Poe authored a short essay titled The Philosophy of Composition, in which he debunked the symbolic meanings of the talking raven’s visit to the room of a student grieving after the loss of his lover. In it, Poe reduced the poem’s essence to an edifying contemplation of beauty. And nothing makes beauty more striking than sadness. This leads to a simple conclusion: there is no more perfect manifestation of beauty than the figure of a dead woman. The raven is just a pretext to introduce a logically underpinned, repeatable chorus to the poem – the famed “Nevermore!”. This exclamation is not a mystical prophecy, although the lover descending into madness may wish it to be. It’s just a coincidence: the lost, trained raven looking for shelter from a storm just happens to know that particular word. Morawski appears to operate with romantic forms and idioms in a similarly objectivist spirit. The score of Nevermore masterfully follows the moods of its literary precursor, dazzling in the originality of its harmonic language and spectacular instrumentations.

A similar motive of contemplating beauty can be found in Ludomir Różycki’s ballet titeld Apollo i dziewczyna (Apollo and the Girl). The titular heroes can be viewed as symbolic labels applied to the characters that inhabit the pages of history.

The ballet tale in six scenes starts in ancient Greece with Apollo’s enamoration with one of the dancers in Dionisius’ retinue. The following images take us on a journey through epochs, putting different embodiments of “eternal femininity” on display. We see them in a Medieval nun, an 18th-century court actress, the prima ballerina of the Viennese opera, a performer from a seaside cabaret troupe, and a modern love story of two athletes. The music subtly marks the transitions between epochs. More characteristic is the omnipresent waltz rhythm that moves the piece along and symbolizes each Apollo’s everlasting awe with the beauty of each woman.

Thirty-six years have passed between the writing of Apollo and the Girl and Intermezzo. Exactly ten years less than have passed betwen Intermezzo and Rydzewska’s binaural beats. Is then Penderecki closer to Różycki than to us, today? As we said earlier, time does not flow evenly nor equally. But there are few things as interesting as discovering its hidden laws.