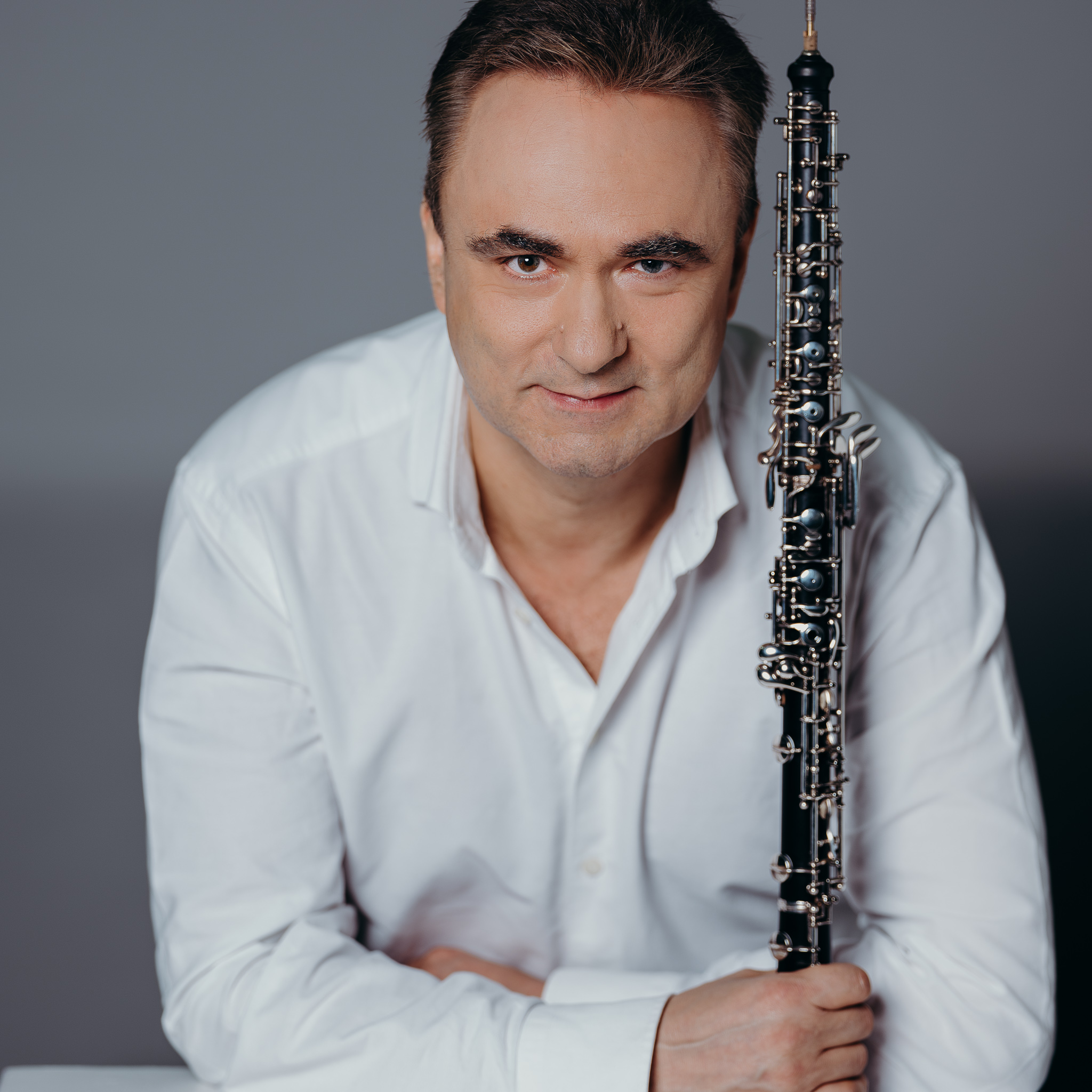 Oboe in Sinfonia Varsovia since 2012

In 1995 Arkadiusz Krupa graduated with honours from the Academy of Music in Cracow, where he studied under the direction of Professor Jerzy Kotyczka.

As soloist, Krupa played in many festivals, including the Warsaw Autumn Festival of Contemporary Music, the Ludwig van Beethoven Easter Festival and the First Performances Festival in Katowice.

He has also made many recordings as soloist for Polish Radio and Television, and for such labels as Naxos, Virgin and Deutsche Grammophon.

Arkadiusz Krupa has played many times with the best Polish orchestras, including Sinfonietta Cracovia, Concerto Avenna and the National Philharmonic Orchestra. He was the artistic director of Ensemble De La Cour. Krupa has a long-term working relationship established with guitarist Michał Nagy. The duet has played together at many national and international festivals.

From 1996 to 2013 Krupa worked at the Academy of Music in Cracow. Since 2013 he has been an assistant lecturer in the oboe class at the Fryderyk Chopin University of Music in Warsaw.
In 2016 he was granted a habilitated doctoral degree.

He has received many medals, including the Gloria Artis medal of merit.

He teaches numerous master classes. Since 2013 he has been a lecturer of the Sinfonia Varsovia Academy, a project intended to refine the playing skills of orchestra musicians.

Arkadiusz Krupa plays an instrument made by Ludwig Frank, Berlin.