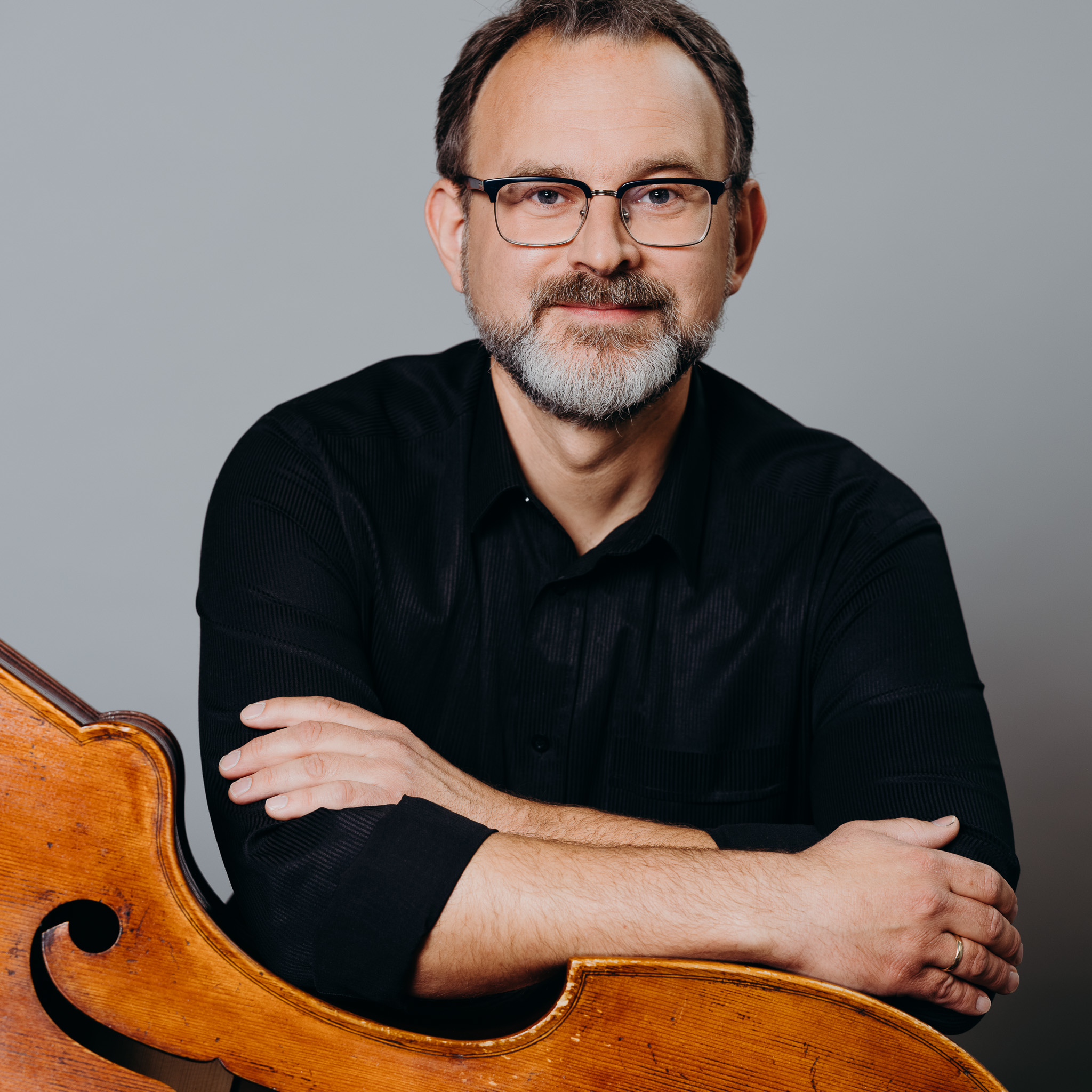 Double bass in Sinfonia Varsovia since 2008

Born in Bydgoszcz. In 1996 he graduated from the Artur Rubinstein State Music School Complex in that city and commenced studies in the instrumental department of the Feliks Nowowiejski Academy of Music, concluding with a master’s diploma in the double bass class of Professor Piotr Kurzawa.

In the 2000/2001 academic year Karol Kinal was the recipient of a scholarship from the Ministry of Culture and National Heritage.

He continued his studies in Germany at the Hochschule für Musik in Cologne in the double bass class of Professor Veit-Peter Schuessler, receiving his diploma in 2006.

He is the laureate of a number of double bass competitions in Poland and abroad. In the 2001/2002 season he received a scholarship to attend the Orchesterakademie in Essen at the Essener Philharmoniker orchestra. The following season (2002/2003) he became a trainee in the orchestra. In 2003–2008 Kinal was the deputy solo bassist in the Sinfonieorchester Wuppertal. During that time he also worked in the Westdeutsche Sinfonia chamber orchestra, consisting of musicians playing in the best orchestras of the state of North Rhine-Westphalia.

In 2008 he returned to Poland and is now a full-time bassist in the Sinfonia Varsovia Orchestra.