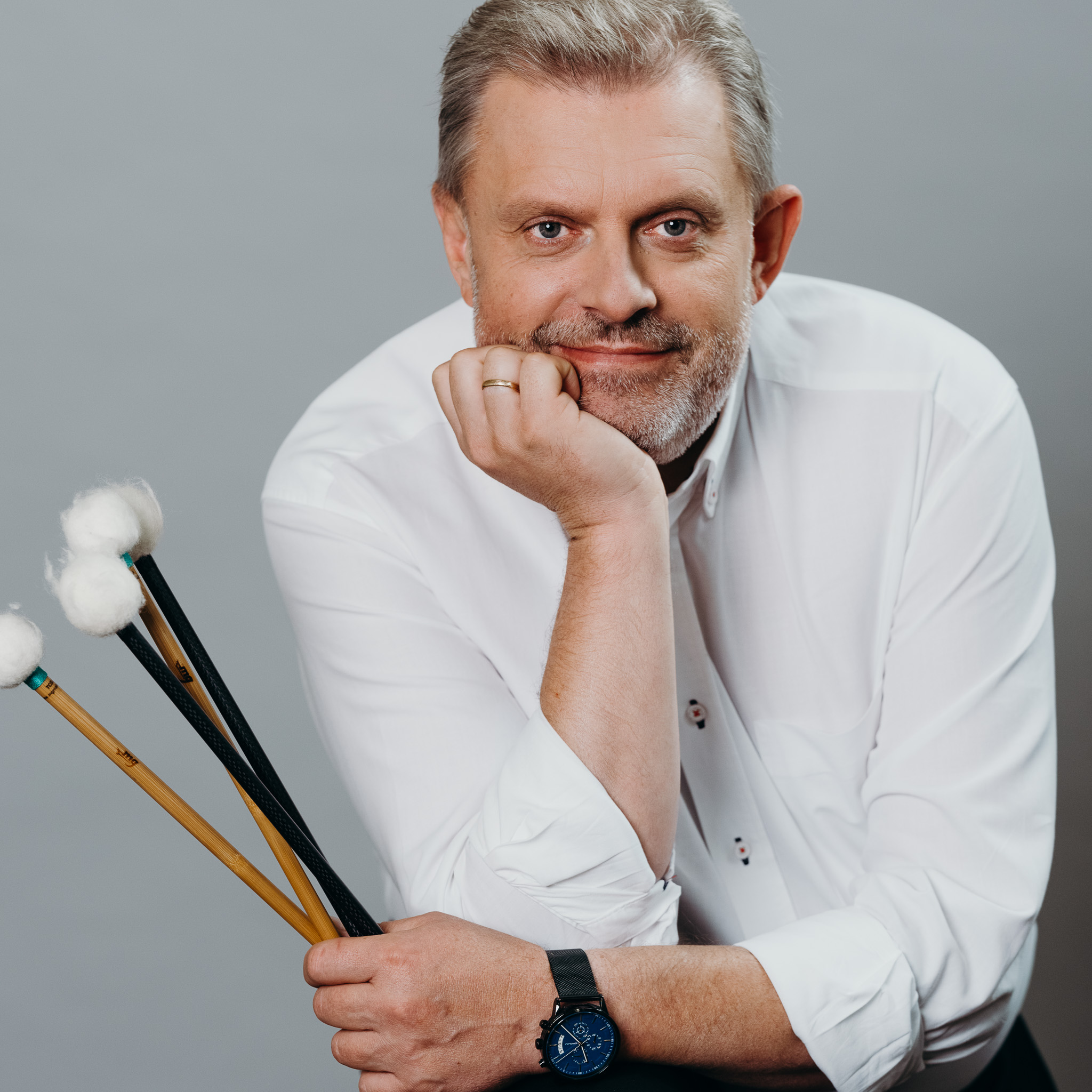 Timpani in Sinfonia Varsovia since 1993

Graduated from the Karol Szymanowski Secondary School of Music in Warsaw in 1985 in the percussion class of Henryk Mikołajczyk. In the same year he commenced his studies at the Fryderyk Chopin Academy of Music in Warsaw in the department of Orchestral Instruments with Professor Edward Iwicki and Henryk Mikołajczyk. He graduated from the Academy in 1989.

He began his professional career while still a student. In 1989-1991 he worked together with the orchestra of the Grand Theatre orchestra directed by Robert Satanowski, playing in numerous opera productions and foreign concert tours. He was simultaneously invited to perform in the National Philharmonic Orchestra and in the Polish Radio Orchestra.

Kostrzewa has been the timpanist and administrator in the Camerata Akademia orchestra since 1990. He was also invited to participate in seasonal orchestral projects.

He had the opportunity to perform in chamber music projects at such festivals as: the Warsaw Autumn Festival and the Young Composers’ Forum. He was also a member of percussion ensembles: Warszawska Grupa Perkusyjna and Young Percussion Studio.

Numerous theatre performances occupy an important position in his career. Between 1985 and 1993 he worked with a number of theatres in Warsaw (Dramatyczny, Studio, Ateneum, Współczesny, Rampa, Prezentacje, Mały, Komedia), enjoying the opportunity to perform in plays together with leading Polish actors. This work enabled him to gain experience in another genre of art which he could in turn apply as an orchestral musician.

Apart from symphonic and chamber music, Piotr Kostrzewa has also played jazz and pop and participated in many tours and recording sessions with leading Polish artists and ensembles.

Kostrzewa is also involved in teaching activity, having lectured at the Fryderyk Chopin Academy of Music in 2006-2009 and heading the percussion class in the Karol Szymanowski Music School Complex in Warsaw (in 1990-1993 and again, since 2004 to date).

In 1993 he was invited by director Franciszek Wybrańczyk to join the Sinfonia Varsovia Orchestra. Since then he has held the full-time timpani and percussion position in the orchestra.

He has played more than one thousand concerts in Poland and abroad with an extraordinarily varied symphonic and chamber music repertoire, performing at the most famous venues around the world, including Carnegie Hall, Theatre de Champs-Elysees, Barbican Centre, Teatro Colon, the Sydney Opera and Suntory Hall.

He has appeared on more than sixty Sinfonia Varsovia recordings for major labels, notably the complete Beethoven and Schubert symphonies and Rossini and Mozart overtures conducted by Lord Yehudi Menuhin.

In 2000 he co-founded the Sinfonia Varsovia Foundation, becoming its deputy-chairman in 2003 and chairman in 2007. The Foundation promotes the orchestra and organises its concerts.