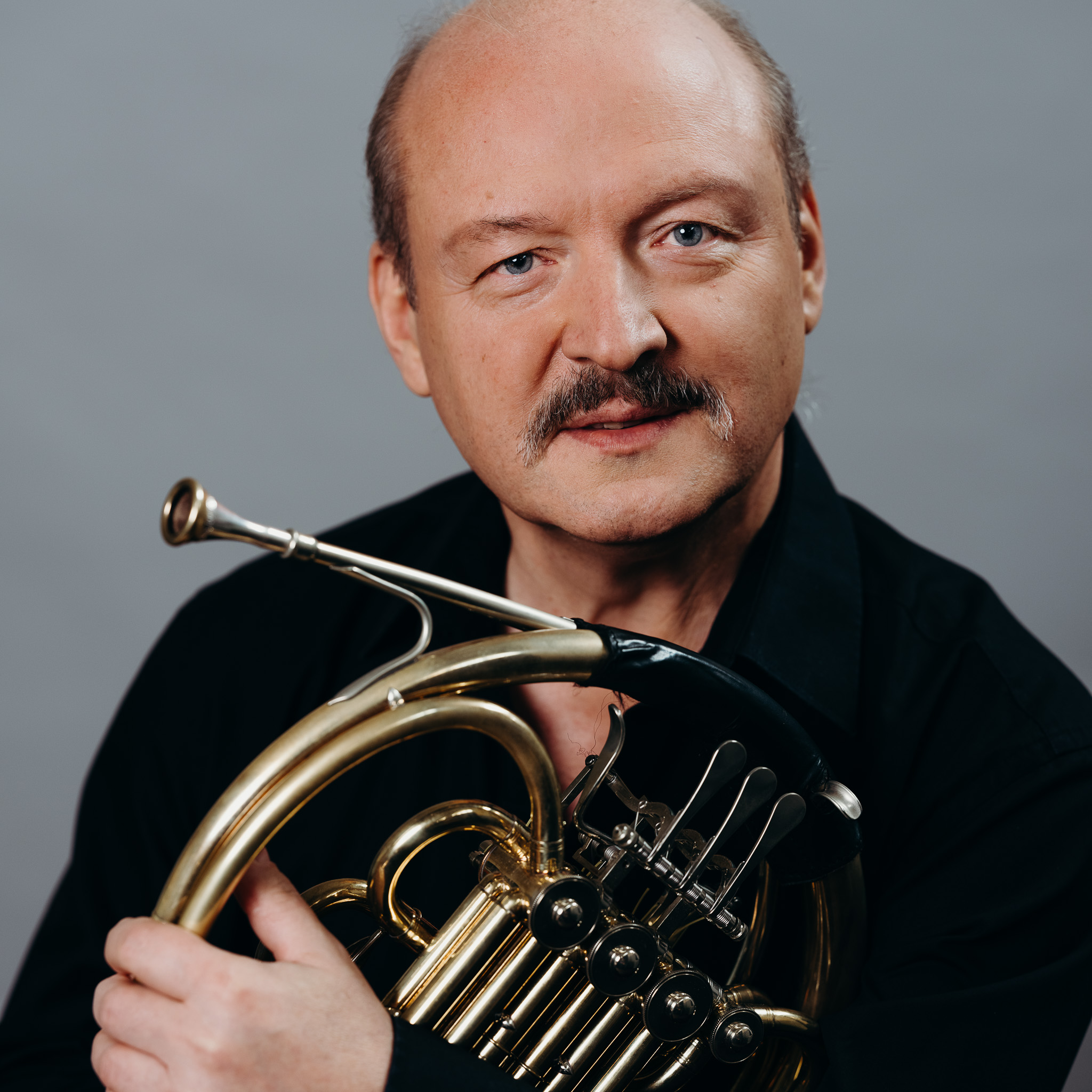 French horn in Sinfonia Varsovia since 1988

Born in Kłodzko, he commenced his music education at the age of eight in the violin class in the State Primary Music School in Kłodzko. After graduation he continued his education in the State Secondary Music School in Wrocław in the French horn class under the direction of Professor Jan Walczyński. He then moved to Warsaw, where he completed the Secondary Music School at Bednarska Street in the class of Professor Stanisław Selmaj.
In 1981 Sykta passed his entrance exam to the Fryderyk Chopin Academy of Music in Warsaw, where he continued to refine his skills in the class of Professor Jan Jeżewski.

Before graduation he began his cooperation with the National Philharmonic Orchestra and continued playing with the orchestra after obtaining his diploma in 1986.

Roman Sykta has been a member of the Sinfonia Varsovia Orchestra since 1988, where he also held the position of administrator.

He is a laureate in many domestic and foreign competitions.

For his activity he has honoured with the Order of Distinguished Service for Polish Culture in 2015.