The Polish Chamber Orchestra was formed in 1972 under the Warsaw Chamber Opera. A group of 24 musicians with a desire to perform emerged from the ensemble playing chamber operas. The newly-formed ensemble was led by a young conductor, Jerzy Maksymiuk. Conducted by the charismatic maestro, the Orchestra spread its wings and was recognized as one of the most interesting chamber ensembles. Soon the Vistula strings going on international tours, performing with renowned soloists, and receiving great critical acclaim – all this brought them international recognition.

The Orchestra performed at venues such as Barbican Center and Albert Hall in London, Concertgebouw in Amsterdam, Kennedy Center in Washington, Lincoln Center and Carnegie Hall in New York City. It showcased many distinguished soloists, including James Galway, Gidon Kremer, Yehudi Menuhin, and Maxim Vengerov. It performed under the batons of such conductors as Charles Dutoit, Yehudi Menuhin, and Mścisław Rostropowicz, among others. The ensemble’s breakthrough moment came when its 1977 British tour resulted in a multi-record contract with EMI. The Orchestra won multiple awards, including the Wiener Flötenuhr for best Mozart record. 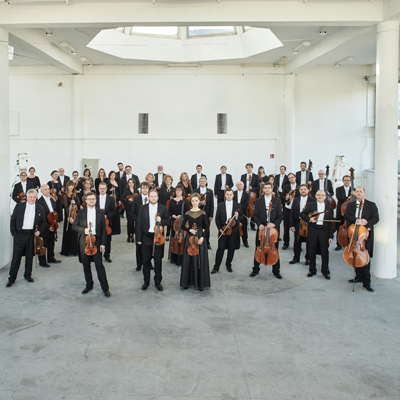